Using a pestle and mortar to make a sauce feels quite elemental. The ingredients aren’t just whizzing around electronically in some kind of blender. With a pestle and mortar, you as the cook are closer to the ingredients. You are the one teasing their flavours out. And if that makes the act of pestling sound overly romantic, then I make few apologies. Because I do think there is something hugely evocative about using kitchen kit so ancient in origin and so little changed in its modern incarnations.

A pestle and mortar is never going to make a fancy sauce. Maybe that is another reason why I like it so much. Pestled sauces inevitably have a rough and pleasingly rustic texture. That’s certainly true of Italian pesto, which has got to be the sauce place to start here, given it owes its name to the very technique this is all about: the Italian ‘pestare’ means ‘to pound’. The Latin root is what gives us the word pestle. Classic Ligurian pesto for pasta (and more) pounds pine nuts with garlic, basil, parmesan, oil and broadly speaking all other pestos are expected to have more than a little in common with that.

Pine nuts aren’t actually nuts, of course. Yet crucially when pounded they release their oils which binds the sauce. That is what ‘real’ nuts do too and why – along with their flavour – nuts are so commonly the base of so many pestled sauces around the world.

Nuts are very much a get-what-you-pay-for ingredient. Cheaper nuts tend to be older and drier. You can pestle them until your arm aches but probably won’t get too much out of them. Better to save your arms, buy the best nuts you can, and embrace the flavour. Walnuts are especially great for pestling into sauces. They release wonderful oil with such depth and are often paired as a sauce with poultry. Think of Georgian satsivi which, Olia Hercules writes in her Kaukasis, would often be part of a festive feast. I’m thinking it could well take the place of bread sauce on my Christmas table this year.

Greek skordalia sauce grinds almonds with lots and lots of garlic for a thick sauce to go with salt cod, aubergine or courgette fritters, grilled seafood or steamed vegetables. The Turkish version uses walnuts instead of the almonds and some incarnations skip the nuts altogether and use potato as the thickener.  Interesting, especially taken alongside pesto’s origins as including potato not pine-nuts.

It is a reminder that nuts are not non-negotiable in these kinds of pestled sauces. The rouille that all this sprang from took crustless bread as its base. Haricot beans, butter beans or chickpeas are all excellent for pestled sauces.

The sauce’s flavour can be layered up by adding your choice of anchovies, fresh herbs, toasted spices or more to the mortar. Garlic – even if not quite so much as in skordalia – is always good in a pestled sauce.

Try chopped chillies, too, as often crop up in South American salsas. We tend to play fast and loose with the word ‘salsa’, using it for anything sauce or dip related that is even vaguely of the South American region. Know, though, that a salsa’s heart is in the Mexican ‘molcajete’, which is basically a mortar on three stubby legs, sometimes with a carving of an animal’s head on its outside. Pestled in those would be chillies, tomatoes (often roasted), fresh coriander, lime and more local flavours.

What such salsas share with all pestled sauces is a thicker, grainier, more substantial texture and flavour than many other sauces. Using that basic idea, we can all get creative and build a sauce that suits what we want to eat.

For the base, as a thickener

Liquid to turn paste to a sauce

— Hot stock for a hot sauce

— Roasted cauliflower or any other vegetables 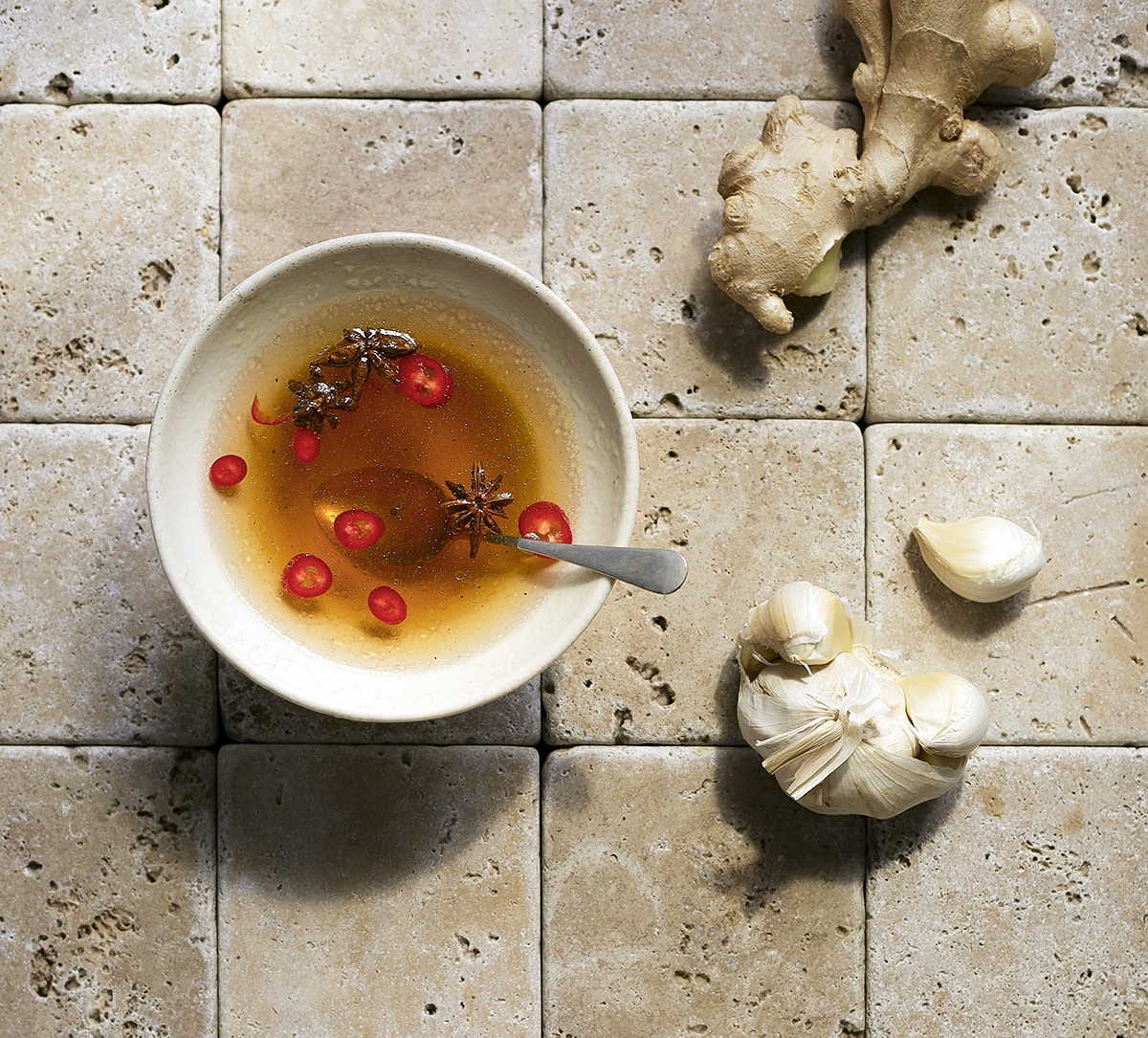 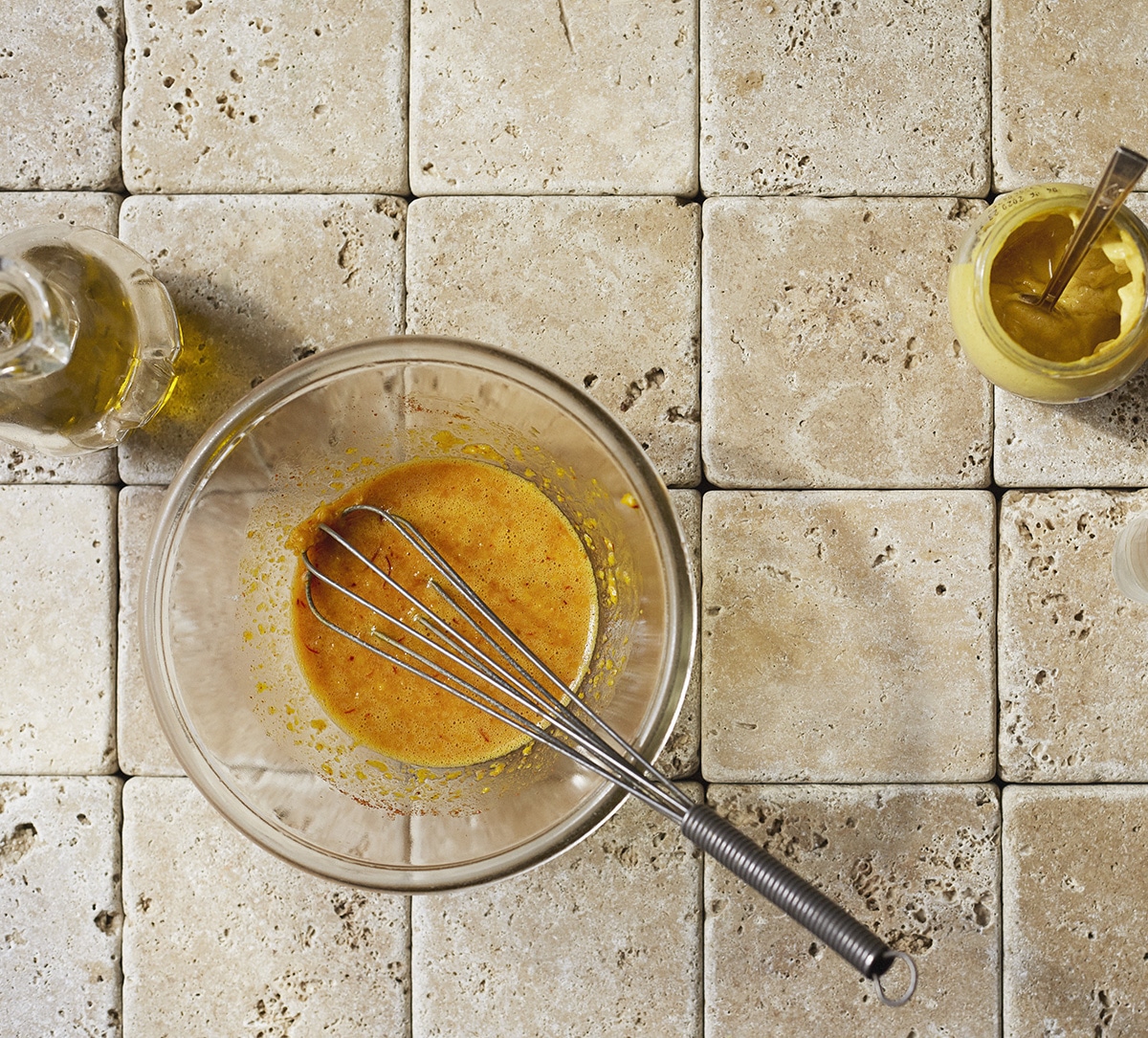 On the sauce: French mother sauces 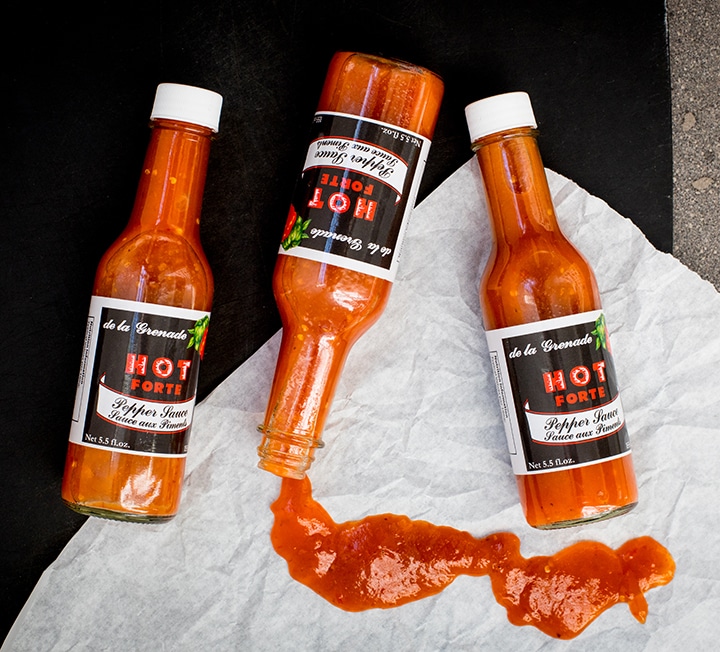