According to Thai food guru David Thompson, the perfect massaman (or mussaman) curry should be sweet, sour and salty – a holy trinity of virtues that makes devotees sigh with longing when they’ve finished their bowls.

The most complex of all Thai curries, massaman was once ranked by a global travel website as the single most delicious food on the planet. Legend holds that it arrived in southern Thailand from Persia in the 16th century, trailing exotic aromas redolent of western Asia, notably cardamom. And in deference to its Muslim heritage it is never made with pork; beef or chicken, cooked until butter-soft in a rich, thick and deftly spiced coconut sauce, are stars of the bowl.

Massaman is said to be the most time-consuming Thai curry; a long list of ingredients must be carefully prepared from scratch to yield invigorating flavours. Most southern Thai families have their own beloved massaman recipe passed down through generations, says Worawan Kamann, co-founder of Borough Market Kitchen’s Thai street food stall Khanom Krok. “But there are a lot of things that go into it, so it’s not something that’s cooked every day,” she says.

Born in Bangkok, Worawan was taught to make the stall’s chicken massaman with potatoes and peanuts by her grandmother. “She was an amazing cook right into her nineties,” Worawan recalls. “We would spend the whole day cooking it, shredding the coconut and doing all the preparation.”

And this, as ever, is the secret. Khanom Krok’s comforting massaman is made with love and care. Worawan has zero tolerance of short cuts, such as cooking the chicken and sauce separately then bunging them together to serve. This crime against massaman is prevalent in the UK, she sighs. “I stick to the way I learned as a child. I cook my chicken in the spicy sauce, so it sucks up all the flavours.”

The perfect balance of sweet and sour needs judicious application of palm sugar and tamarind juice, and a light hand with the chilli paste. “Massaman is not supposed to be very spicy,” Worawan says. “It’s meant to be quite a mild curry. That’s the traditional way.”

Dried spices are heavily roasted in a pan or wok and then used sparingly to impart an elusive fragrance. Cardamom is a stalwart, but other spices might include cinnamon, star anise, cloves, coriander seeds or cumin seeds.

Coconut milk or cream or both, traditionally made by hand, forms the ballast of the rich sauce. First, it’s simmered in a pan or wok until it begins to separate or ‘crack’.

A puree of chillies, garlic, shallots and other aromatics is cooked off in the boiling coconut along with the toasted spices, to smooth away their rough edges.

Palm sugar is added for sweetness, and tamarind (at the end) for a sprightly sour kick.

Chicken or beef pieces are slowly simmered until they reach the sweet spot between falling apart and undercooked.

To finish, massaman might be showered with deep fried shallots and toasted peanuts for extra tastiness and crunch. 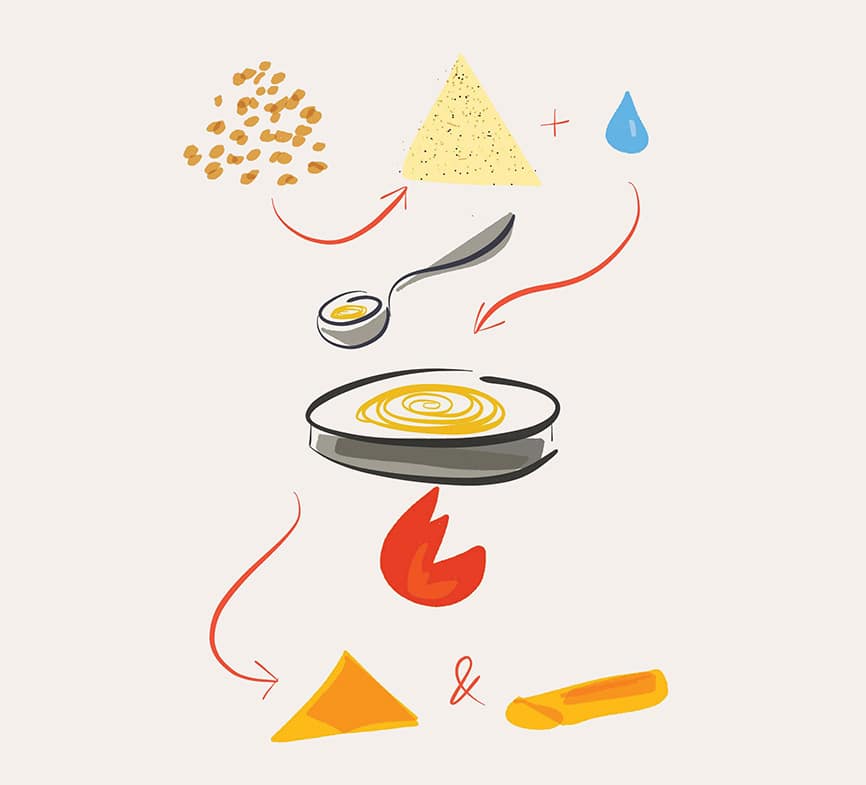 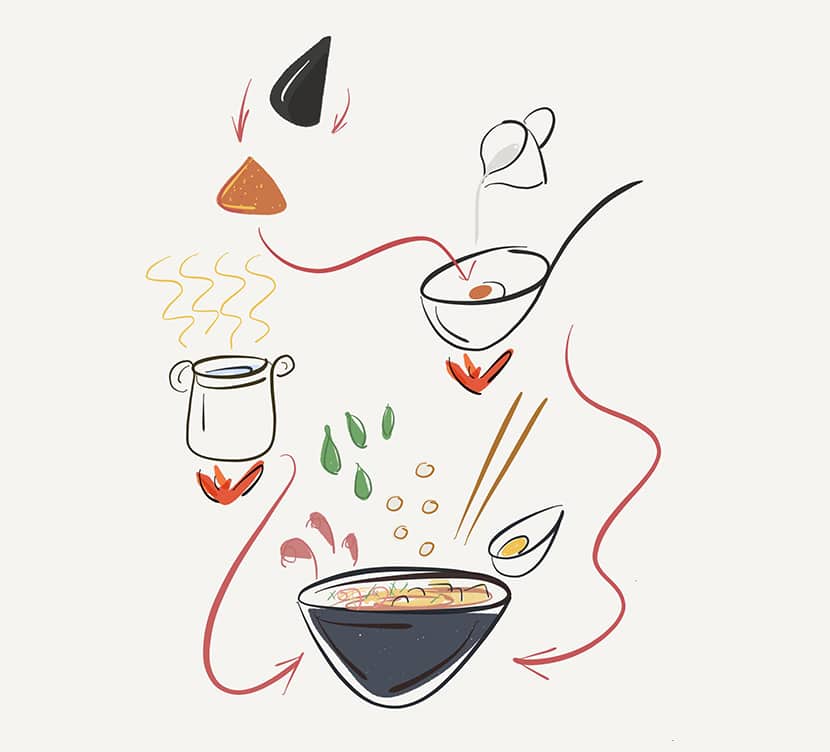 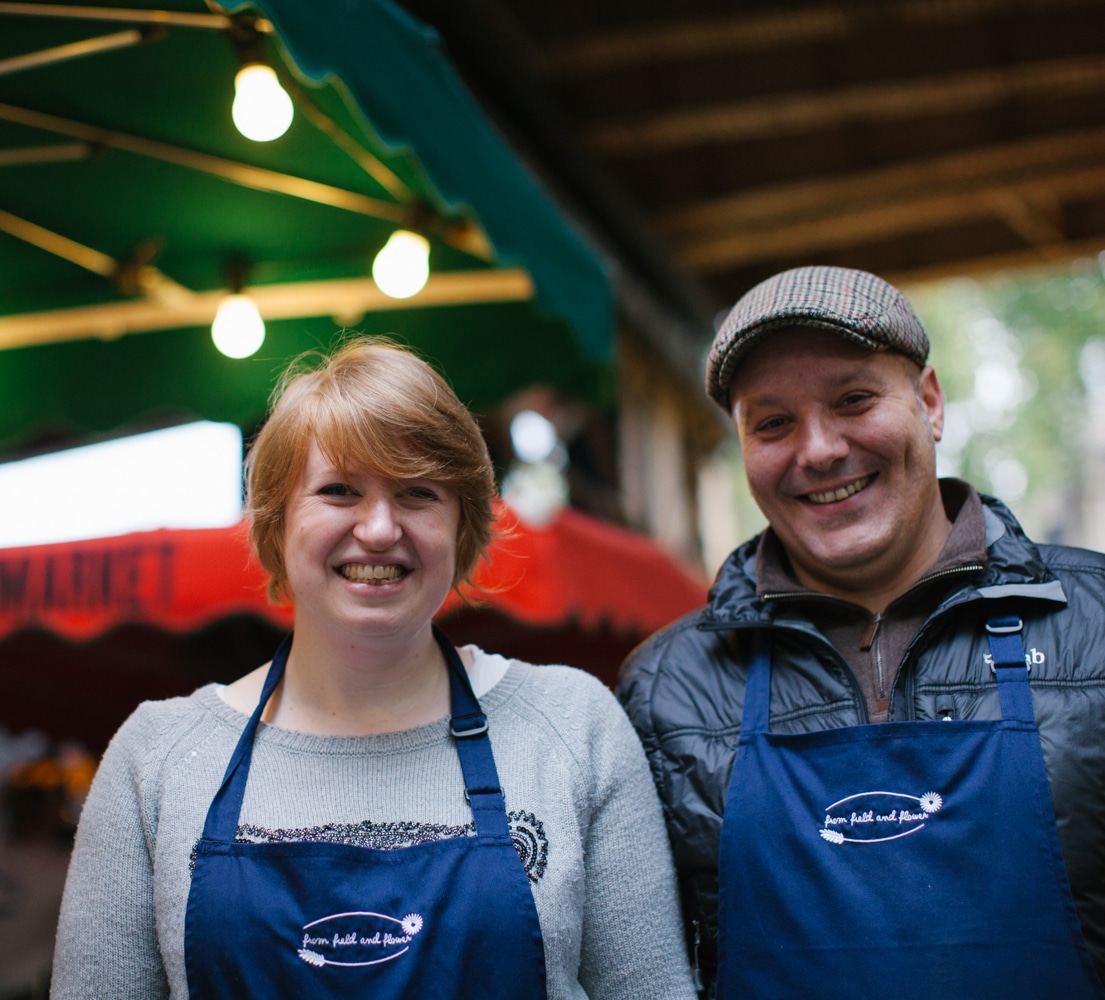 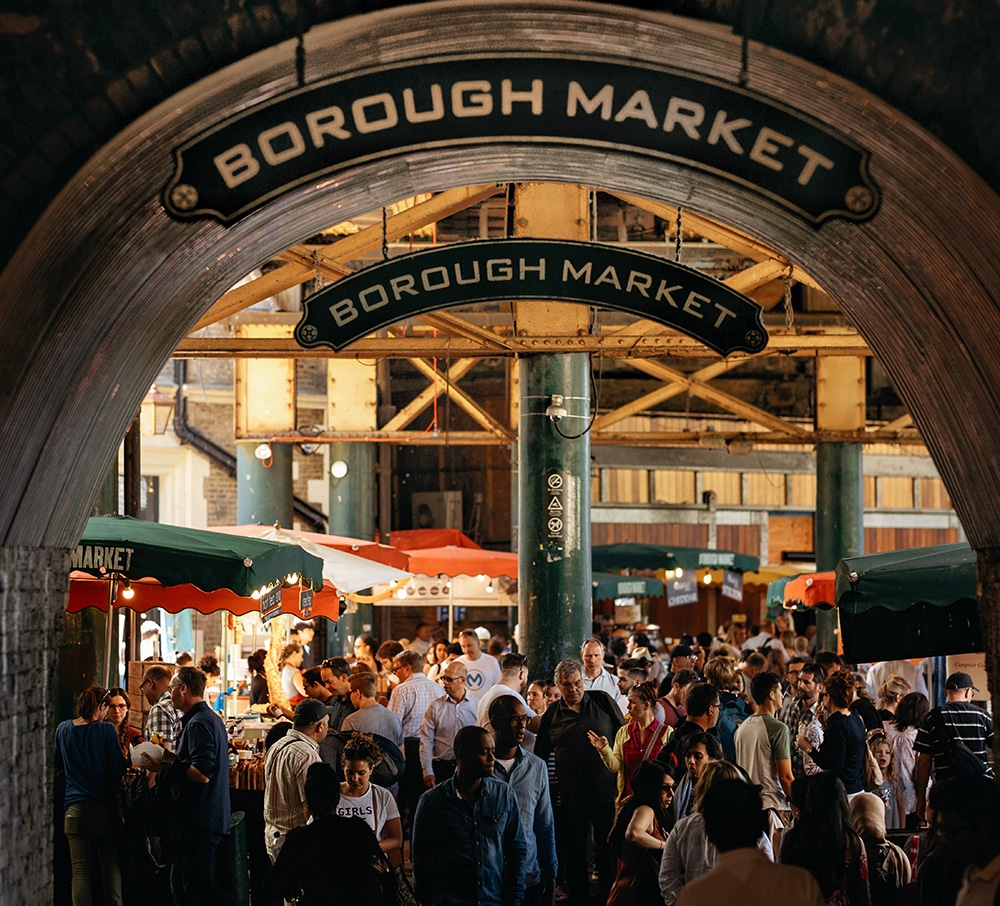 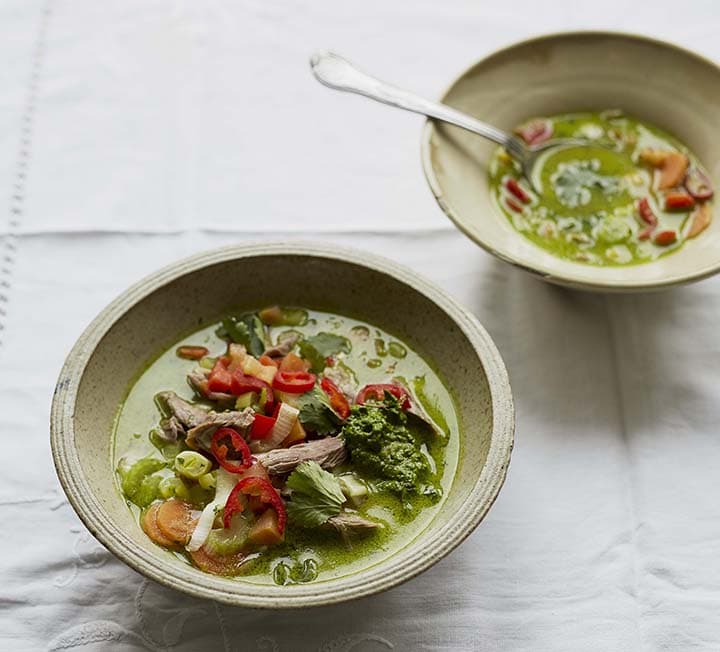