“THE TURKEY BECAME A CENTREPIECE FOR FEASTS, WHERE IT WAS SEEN AS AN EXCELLENT ALTERNATIVE TO PEACOCK”

It is emblematic of how in the world of food the extraordinary can soon become ordinary that the two defining components of the ‘traditional’ British Christmas dinner – turkey and potatoes – are, at root, as British as the spider monkey and the agave cactus. Like the now deeply humble spud, turkey is a foodstuff that in the modern age has somehow become a by-word for blandness. But, like the potato, it was just a few centuries ago a food of great novelty, imbued with all the exoticism of the far-off Americas. Until the start of 16th century, when Spanish invaders made their first wide-eyed incursions into Mexico, no European had ever seen a turkey – an extravagantly-plumed bird with a placid temperament and the body of a steroid-pumped chicken. Now, it’s a much-derided fixture of the supermarket freezer section.

In 1520, shortly after the conquistadores had begun their subjugation of the Aztec empire, two turkeys were sent across the ocean to Lorenzo Pucci, a cardinal in Rome. Around the same time, a few of these giant birds were also seemingly being raised in Spain – and it was in Spain and Italy, then bound together by the ruling Hapsburg monarchy, that this New World arriviste first found favour. Quite when the turkey first made it to England is unclear, but probably the mid-1530s. In 1550, William Strickland, who sailed to the Americas with the Venetian explorer Sebastian Cabot, was granted a coat of arms including “a turkey-cock in his pride proper”, apparently in celebration of his role in introducing the bird to these shores, but supporting evidence is lacking.

Many thousands of words have been expended on elaborate theories as to how the turkey got its English name – a knotty subject not helped by the fact that other edible birds, including the guinea fowl, were already being described as ‘turkey cocks’. By far the most likely explanation is that ‘Turkey’ or ‘Turkish’ was used as a shorthand for foreign glamour – maize, also from the Americas, was sometimes referred to as Turkish corn – in the same way that the adjective ‘French’ was commonly applied by the English to anything a bit unsavoury or venereal. Confusion thus abounded. Samuel Johnson, in the 1755 edition of his dictionary, listed turkey as “a large domestick fowl brought from Turkey”. In the 1785 edition, he updated this to say that it was “supposed to be” brought from Turkey – a clear hedging of bets.

Admired for its impressive scale and exotic aura, the turkey became a centrepiece for opulent feasts, where it was seen as an excellent alternative to the once ubiquitous peacock. The turkey may not have been blessed with quite such dramatic plumage (a peacock would usually be served with its head and feathers stitched back on to provide a touch of table-top theatre), but it more than made up for that by actually tasting nice. According to the Spanish writer Gonzalo Fernández de Oviedo y Valdés, its flesh was “incomparably better and more tender than that of the peafowls in Spain”. Pope Pius V’s chef Bartolomeo Scappi agreed, declaring turkey meat to be “much whiter and softer than that of the common peacock”. His typically appealing suggestion (Pius was a well-fed pontiff) was to blanch the bird in water, lard it with pork fat, stud it with cloves and then spit-roast it slowly.

There was, though, such a thing as too much turkey. In 1541, Archbishop of Canterbury Thomas Cranmer issued an injunction designed to clamp down on the perceived gluttony of English ecclesiasts. In a foreshadowing of George Osborne’s insistence that austerity definitely meant being “in it together”, Cranmer selflessly limited his own meal allowance, and that of other archbishops, to a meagre six meat courses and four sweets. The turkey was included in a clause limiting the number of “greater fishes or fowles” that could be served up: “There should be but one in a dish, as crane, swan, turkeycock, haddock, pike, tench.” Any greedy ecclesiast wishing to dine on a duo of turkeys with a side of swan would, like it or not, simply have to pull in his belt.

A Book of Cookrye, published in 1584, included the oldest surviving English recipe for turkey – split in two to ensure even cooking, filled with a “good store of butter”, then baked for five hours – while Thomas Dawson proved in 1587 that no beast is too big for an Englishman to stick in a pie: in The Good Huswife’s Jewell he recommended boning the bird, boiling it, larding it, then enclosing in a pastry “coffin”. The 17th century recipes left behind by Sir Kenelm Digby were even more adventurous. One, entitled ‘to souce turkeys’, involved a boned turkey being boiled in wine and vinegar, seasoned with salt, covered with more vinegar and then stored for a month, while another required the meat to be salted for 10 days before being pickled with mace and nutmeg.

From as early as the 1570s, the centre for British turkey breeding became firmly established in Norfolk and Suffolk, counties with a history of poultry rearing and an abundance of buckwheat and turnip, both ideal fodder crops. In the 1720s, in a journalistic work entitled A Tour Thro’ the Whole Island of Great Britain, Daniel Defoe reported: “This county of Suffolk is particularly famous for furnishing the city of London, and all the counties round, with turkeys; and that tis thought, there are more turkeys bred in this county, and the part of Norfolk that adjoins to it, than in all the rest of England, especially for sale.”

Getting turkeys from East Anglia to the busy markets of London wasn’t easy. This isn’t a bird whose meat benefits from hanging around for long, so in the era before refrigeration, turkeys had to be transported live and, given how few could fit in a cart, predominantly on foot. This led to the surreal sight of massive gangs of fat turkeys waddling along the highways and byways of East Anglia and Essex through autumn and early winter, feeding on the post-harvest stubble of the farms that lined the route. Defoe reported that “300 droves of turkeys (for they drive them all in droves on foot) pass in one season over Stratford Bridge on the River Stour”. With an average drove numbering 500 birds, this meant that 150,000 turkeys could be seen toddling along this narrow road over the course of a few months. And you think the A12 is congested now.

The turkey’s association with Christmas began to develop soon after the bird’s arrival on these shores. There was an easy logic to this: turkeys hatch in late spring and grow to full maturity in around seven months, meaning that they’re ready for the dinner table in December, right on cue. In Thomas Tusser’s 1573 poem Five Hundred Pointes of Good Husbandrie, which contains instructions for country-living – like Hugh Fearnley-Whittingstall in rhyming couplets – the perfect Christmas fare was said to include: “Beef, mutton, and pork, shred pies of the best / Pig, veal, goose, and capon, and turkey well drest.” Hannah Glasse’s The Art of Cookery (1747) contained a recipe for ‘Yorkshire Christmas pie’ – a staggering construction that firmly contradicted that county’s reputation for miserliness by somehow accommodating a turkey, a fowl, a partridge and a pigeon, all arranged (presumably stuffed one inside the other) “so it will look only like a whole turkey”, then surrounded by a jointed hare, “woodcocks, more game, and what sort of wild fowl you can get”, before being dowsed with “at least four pounds of butter” and covered in pastry.

Like so much of our ‘traditional’ festive iconography, it was during the reign of Queen Victoria that turkeys became fundamental to the British image of yuletide. The final chapter of Charles Dickens’s phenomenally successful A Christmas Carol played its part in cementing the connection. Overwhelmed by his discovery of the joys of generosity, Scrooge buys a “prize turkey” to send to the downtrodden Bob Cratchit as a gift. The former miser’s excitement upon buying it borders on the unhinged: “‘I shall love it, as long as I live!’ cried Scrooge, patting it with his hand. ‘I scarcely ever looked at it before. What an honest expression it has in its face! It’s a wonderful knocker! Here’s the turkey. Hallo! Whoop! How are you! Merry Christmas!’”

Turkeys soon became a staple of Christmas cards and magazine illustrations, but it was only in the 1950s that they started to show up with the quite the same ubiquity on Britain’s festive dinner tables. The reason for this disparity was simple: cost. Domesticated turkeys proved expensive to raise, thanks in part to their hearty appetites – the 16th century French scientist Charles Estienne described them as “coffers to cast oats into; a devouring gulf of meat” – and in part to their susceptibility to disease, harsh weather and predators. Plus, according to William Ellis, an 18th century farmer from Hertfordshire, stinging nettles: “A nettle will sting them to death, by making their head to swell, till they pine and die.” Mrs Beeton described the turkey as “one of the most difficult birds to rear” and claimed that “in the middle of the 18th century, scarcely 10 out of 20 young turkeys lived”. As a result, turkey remained an expensive bird consumed on special occasions by the middle classes, and only dreamt of by the poor. In the 20th century, two interlinked strands of innovation – selective breeding and intensive farming – dramatically increased the affordability of turkey, but at a high cost to the welfare of the birds, the once exalted flavour of their meat and the viability of the traditional small-scale farmers who had previously reared them.

In 1927, Jesse Throssel, an English farmer who had moved to Canada, imported three Bronze turkeys from back home to use as the basis for a breeding programme focused on optimising meat content. His birds, eye-popping in the scale of their chests, were exhibited in 1930 at the Portland International Livestock Show and were picked up by excited American breeders who worked to further enhance these characteristics. This new breed, known as the Broad-breasted Bronze, was so wide of breast and short of leg that mating was seriously problematic, making artificial insemination a necessity, but its commercial appeal was obvious. In the 1950s, crossbreeding with the White Holland led to the development of the Broad-breasted White, which had the benefit of maturing even younger and looking neater after plucking, despite tasting of pretty much nothing. The Broad-breasted White, which sacrificed flavour for size and cheapness, now dominates large-scale turkey production in Britain and the United States.

By tightly packing their turkeys into indoor pens and stuffing them with carefully formulated feed, farmers were able to produce meat with staggering efficiency, particularly after the discovery of vitamin D in 1922 allowed for the creation of supplements to eradicate rickets, a disease caused by a lack of sunlight. Today, intensively farmed turkeys are routinely de-beaked, de-toed and de-snooded within days of hatching in order to restrain the violent and often cannibalistic instincts triggered by imprisonment; they are injected with antibiotics and pumped full of high-nutrient foods; then, after a short, stressful and tedious life, they are slaughtered and automatically de-feathered.

These farming techniques, and the dominance of the Broad-breasted White, have turned mass produced turkey into a bland shadow of the delicious bird that got Scrooge all misty-eyed. In recent years, though, Britain has seen a small but significant revival in demand for older, more flavoursome breeds, distinctive in colour and flavour, raised outdoors on a natural diet, resulting in meat that is similar in style and taste to the birds that had Thomas Tusser rhyming. These are the real prize turkeys – good enough to make the greatest of humbugs hallo and whoop. 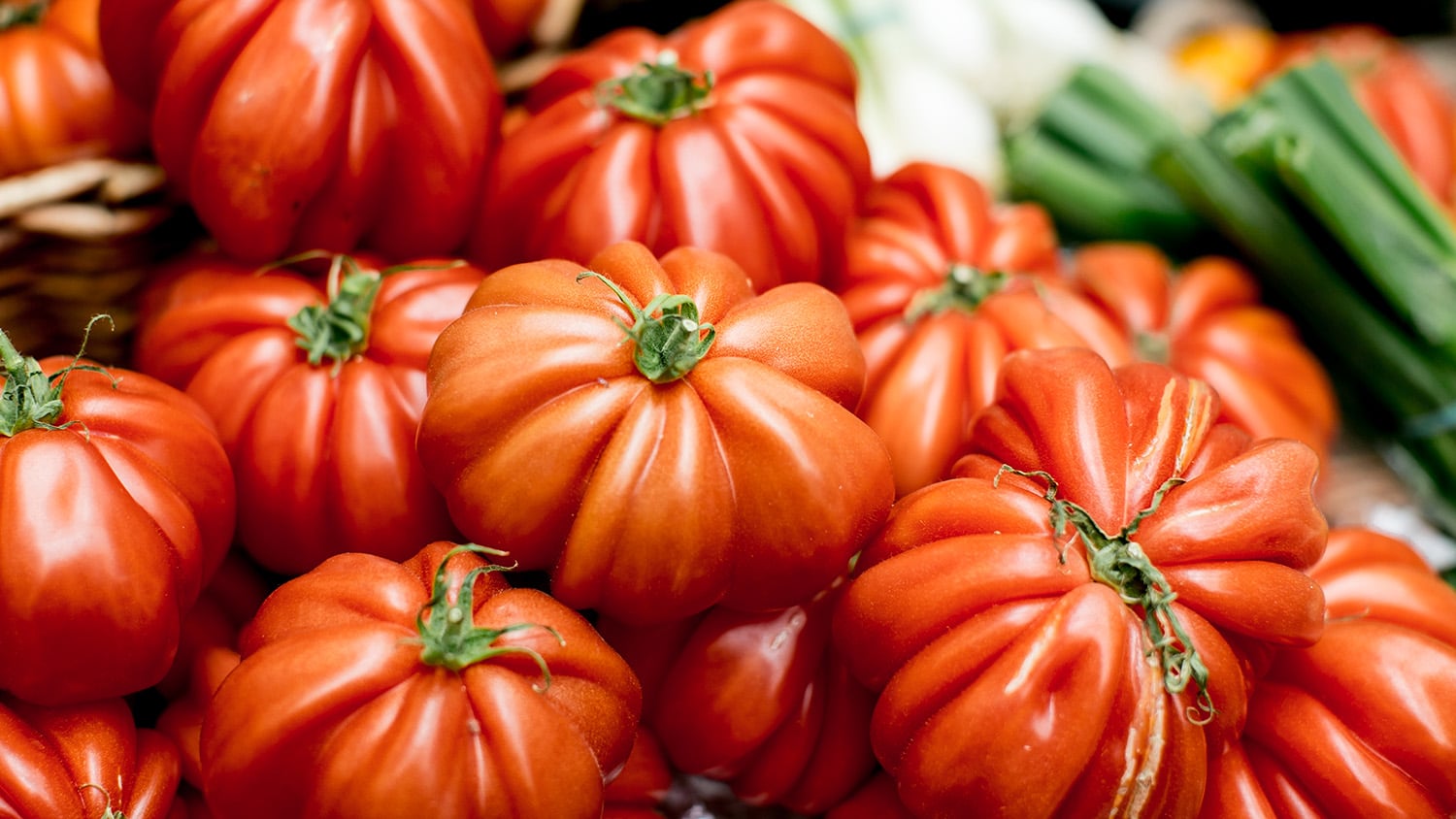 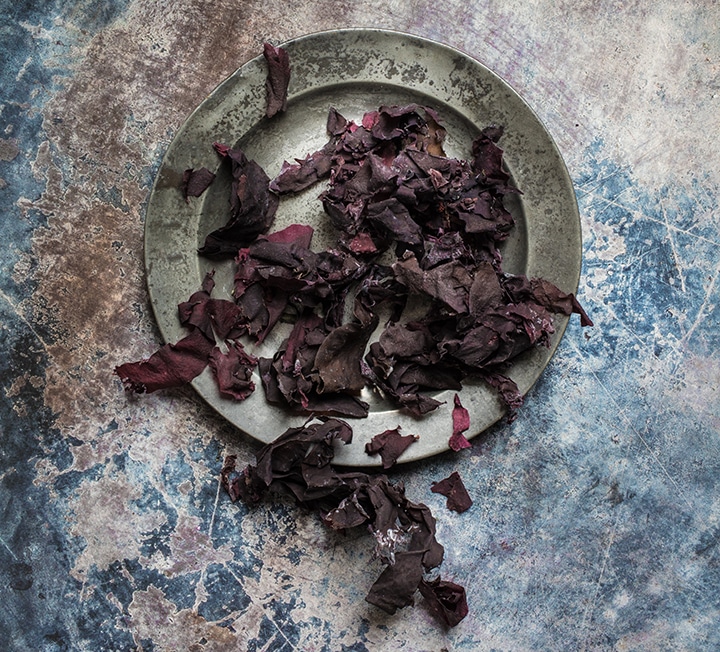