“THERE’S SO MUCH POVERTY AND SO MUCH SURPLUS FOOD. IT’S CRAZY THAT THIS CONNECTION WASN’T MADE SOONER”

For the past decade, Borough Market’s traders have been donating surplus produce to the Plan Zheroes charity, which helps distribute excess food through local networks to those people most in need of feeding. It was with great sadness that we learnt recently of the death of Lotti Henley, the charity’s inspirational co-founder, at the age of 95. To mark her passing, we thought we would revisit her interview with Market Life from 2017, which gives a little flavour of the warmth, drive and charisma of a quite remarkable woman.

Where do you think your instinct for social entrepreneurship comes from?

My mother was German, my father was Austrian, and I grew up in Slovenia. We had a big family, who were always concerned with social action. In the village where we lived, my father had the only car, so if anybody fell ill, they came to him. During the war, one night a woman came to him and said, “My son has fallen from a ladder and needs to go to hospital.” My father knew precisely what had happened – he had been shot. He took him to hospital. The next day a German officer came round. He said: “What have you done? You have taken a partisan to hospital!” My father replied: “We are all human. I shall do what I have always done.” It was instilled in us that we are all given a certain role in life, and that ours is to look after other people. This is the attitude I have, and I got it from my parents.

It is a strange story. After the war I was in a refugee camp, waiting to be repatriated. The Russians who ran the camp did not think we should survive – after all, we were supernumeraries, there was no need to spare these people, certainly not to feed them. They did not give us more than soup once a day, the odd potato peel, peat and nothing else. I was literally starving, to such an extent that I took some papers and put them in my mouth to make my stomach think that I had food. That lasted for six to eight weeks and I have remembered this experience all my life. When I go to the post office I still take a sandwich with me. It’s security. Food is life.

How did Plan Zheroes come about?

I had the opportunity to speak in public, through an organisation called London Citizens, about the terrible injustice of the UK’s food waste crisis when there is so much poverty, and I thought: wow, this is it Lotti, go for it! I found two kindred spirits: Chris Wilkie, who is still with us, and Maria Ana Neves, who are both so intelligent and educated, who helped set up Plan Zheroes. I had no idea how to go about setting up a business, but I had ideas and enthusiasm. I had also retired, and I am not good at doing nothing! That was in 2009. It’s just amazing how this little idea has grown.

How does Plan Zheroes work?

We help put businesses with surplus food in touch with charities who work with those in need. It’s a completely free service. We want to build local networks, which in turn brings local cohesion. There was an amazing event at Borough Market, Wok For 1000. It was such a good example of how food can bring the community together. People were sitting together, talking, cooking. That’s the great thing about the project we run with the Market – there’s a real sense of community. The charities come to Borough every week, so they get to know each other and the traders who participate. It’s community building, which was part of my dream..

How did your relationship with Borough start?

The EU had given funding to Sustain, an organisation for businesses and organisations which promote better food and farming practices, to launch a project called Food Save. It was a programme organised by the mayor of London to get smaller businesses to reduce their food waste. Sustain put us in touch with Borough Market to discuss doing a project together. The Market has been distributing surplus produce from the traders to local charities ever since.

Do you think, generally speaking, that attitudes to food waste are changing?

Absolutely. When I started this there was such little awareness and understanding. There is more pressure on supermarkets now to be more ‘green’ – there have been some public campaigns and as a result, many supermarkets and food businesses have signed up to the Courtauld Commitment 2025, which is a voluntary commitment to work together to tackle food and drink waste, emissions and high water intensity. There has been a lot of support for it and we have been contacted by supermarkets, looking for a solution. So things are moving, but there’s still so much poverty, and so much surplus food. It seems crazy that the connection between the two wasn’t made sooner, and that it hasn’t yet been made on a wider scale. You’d think it would be normal! When we started, there was no connection. The donors were there, but the charities – I thought they would come running, but they didn’t. And they still haven’t.

Why do you think that is?

Do you think wider-scale change needs to come from the government, or grassroots?

I think grassroots actually, but it would be useful to have something in the law to say that all food surplus can be redistributed. In Denmark all food is available, there is no distinction – you can distribute food after a best-before date, for example, and there’s research to say it is helping.

There’s also the problem of resources. Who will sort out the surplus food at night after the shop shuts? Where will it be stored so that the charities can collect it the next morning? There are lots of practical obstacles to overcome.

WRAP, the Waste and Resource Action Programme, estimates that we’re only distributing about a quarter of the food that could be redistributed at the manufacturing and retail level, but if we were able to redistribute all that food, the charity sector couldn’t handle it. There needs to be governmental investment and grants – all the amazing small charities and groups who aren’t on the internet, school breakfast clubs, they all could benefit, but you need more resources.

Do you think the food industry is partially responsible for the fact so much food goes to waste?

The supermarkets are naughty, because they refuse to accept carrots that are misshapen, or anything that doesn’t look perfect. It’s not the customer, we don’t mind a bendy carrot! The farmers must suffer greatly. Again, from the very beginning, food is not appreciated. Farmers are not appreciated.

The best before date thing, too, causes problems. We are taught to be so careful. I have my grandchildren staying with me – there are seven of us, it’s good fun – and they look in the fridge and say things like, “Oh, gran! These eggs are out of date!” Eggs? You can keep them for ages! Just because the date has passed, doesn’t mean they’re off. They are taught to be so extra careful. Too careful, I think. You have to throw some stuff out, of course, but there are too many laws. Why can’t people just use their noses to see if it’s okay? We are too protected, in a way. If the Danish aren’t killing themselves by not having all those laws, I think we will be okay.

What about wastage at home – how can people help?

Buy less. Use local markets. Most people do a giant weekly shop. It was very interesting when my daughter moved to Switzerland, people there go to tiny shops and have tiny trollies. They shop every day – pop out to somewhere local, get what they need and get it fresh. If you have some left over, you use it up the next day. In our society there’s not much value placed on food. There are always promotions, and you feel stupid if it’s only a pound to buy one more packet and you don’t buy it. Industrial production has driven prices down, so people buy too much and don’t value their food, but then on the other hand you have downward pressure because people are struggling to afford it. There’s an imbalance. It’s difficult.

Is that something Plan Zheroes will be looking to help tackle in future?

It is something to tackle, but it is not our role. There will always be a surplus, as you can’t always predict demand; at night a supermarket will always have stuff on the shelves, because if there was nothing there in the morning, nobody would come in. We do advocate for businesses to prevent that waste from arising in the first place, but our role is to help them when it inevitably does. 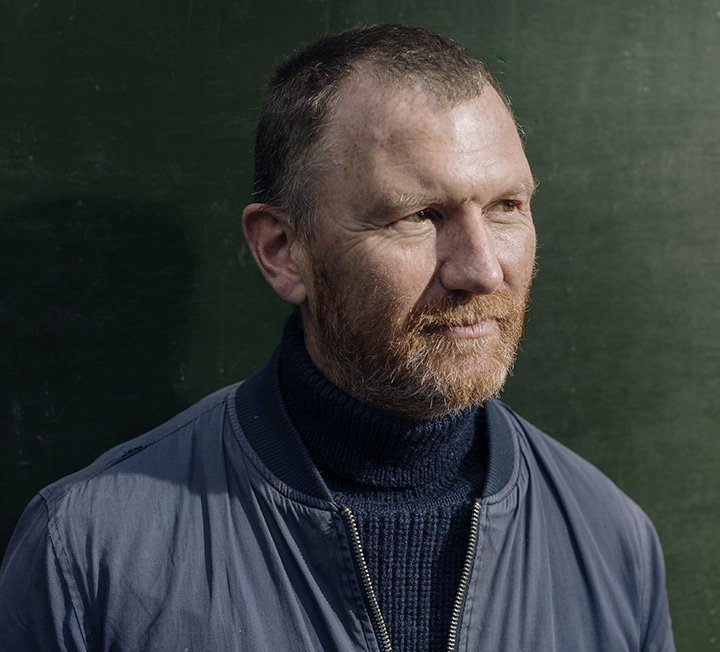 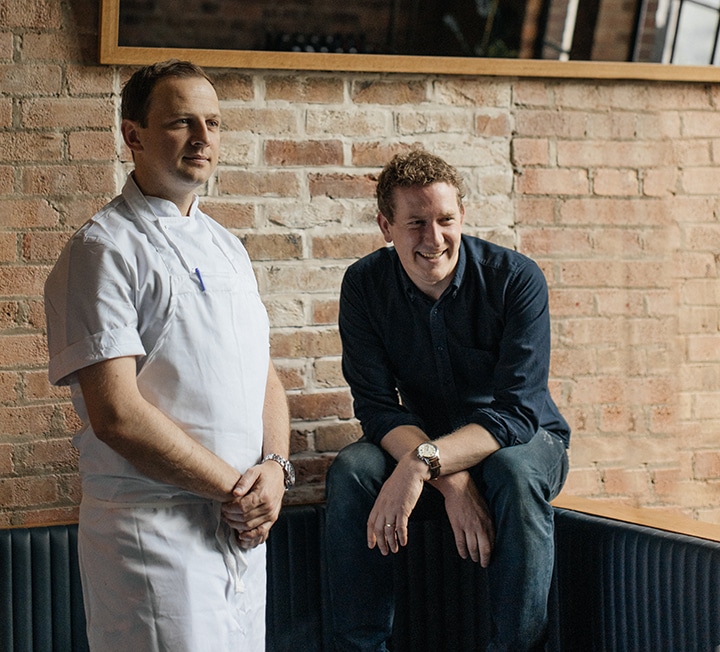 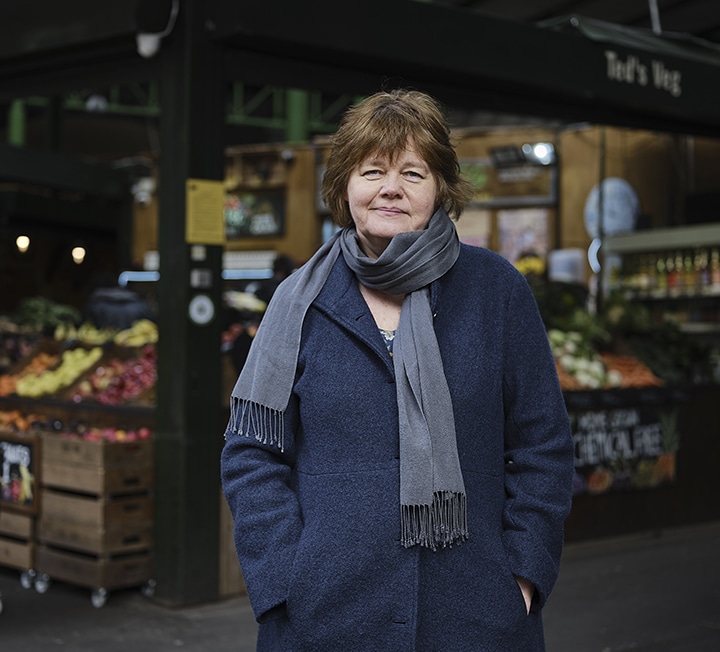