“LIKE ANY FRUIT, ONCE IT HAS BEEN PICKED AN OLIVE WILL START TO LOSE SOME OF ITS CHARACTERISTICS”

What is extra virgin olive oil?

It is very simple. To make extra virgin oils, the olives are crushed with a press. A separator device then separates the crushed olive pulp from the oil itself. That is the end of it – no other processes are allowed. While they are all referred to under the umbrella of ‘olive oil’, there is a massive difference between extra virgin olive oil and generic olive oil. In the generic olive oil industry, they take the olive pulp and crush it again, then introduce additives to clean and get the most out of the oil that has been produced.

When do you harvest the olives?

There is only a short window when they will be at their best, so you have to keep a close eye on the olives. The harvest can start any time between early October and early November, depending on local micro-climate and the environment where the olive trees are located. It is quite possible for different olive farms in the same region to be ready to harvest at slightly different times. Then there is the variety of olive, which may have an impact on the harvest. Part of the skill of the farmer is knowing exactly when to start.

Why is timing so important?

You have to pick the olives when they have just started to ripen and are still green. When you do this, you get just half of the oil that you would get if you left them to fully ripen, but the quality of the oil is much higher. There is a trade-off between higher yields and lower quality. Picking them just as they start to ripen means they are richer in all the characteristics you want. It is also better to take them from the tree and not wait for them to fall to the ground.

How do you pick the olives?

The most efficient way to harvest olives is to shake the fruits until they fall. Some farmers use machines that shake the whole tree. We do not use that method, because it places the tree under a lot of stress. Instead we use a mechanical pole, which works as an extension of your arm. The pickers use this device to grab a single branch, which they then shake. This is much gentler on the tree, while also being safe for the pickers. Olives used to be harvested by people climbing ladders, but this could be dangerous, as the nature of the soil and the terrain can make the ground unstable. Accidents were common, with people falling from ladders. Using the harvesting pole is a much better method.

What happens after you pick the olives?

We press them the same day. The sooner you press them, the better. We start the harvest at around 6am and aim to be finished picking by 11am. We then transport the olives to the mill, where they are separated from the leaves and loaded into the olive presses. It is a long day – it can go on until midnight.

There are two main reasons for this. Like any fruit, once it has been picked an olive will start to lose some of its characteristics. But there is a more technical reason, too: the olives are taken to the mill in containers that weigh 50-60 kg. If they are left in these overnight, the ones at the bottom with no air circulation will start to ferment, and this is something you really want to avoid. That is why you have to do the whole thing in one process.

How are they pressed?

They are loaded into a crushing machine, where the actual crushing is done by a set of very heavy stone wheels that roll around a metal bin. The resulting paste is spread over a series of fibre discs, which are placed on top of each other in a pressing machine. The piles of discs are then slowly pressed to extract the oil. Any water in the resulting oil is drawn off, and then that is it: you have unfiltered olive oil, which is cloudy in appearance, but can be sold as it is. The freshest unfiltered extra virgin olive oil is called the ‘novello’ oil and is really sought after.

Most oils go through one last process, which involves filtering them through a fine mesh. This produces the clear extra virgin olive oil most people are familiar with. To give you an idea, we get about 10 per cent of the weight of olives as olive oil. The best season we ever had was 15 per cent, but we have never gone above that. If we were to delay for a month, we could get over 20 per cent, but the quality of the oil would be lower.

We store the oil in stainless steel tanks in an oxygen-free atmosphere that prevents any changes to the flavour. Then it is bottled, and that is it. We are based in Puglia, way down in the south of Italy, so it takes seven days for our olive oil to reach Borough Market.

How would you describe the taste of a good extra virgin olive oil? A good early harvest oil will always have a peppery kick. Sometimes people have asked me if that is the sign of a cheap product, but actually the opposite is true. That kick is something you want – it means that the olives were very green when harvested. If the olives have been left to ripen and darken, the oil is sweeter. With good extra virgin olive oil, you do not need much because it can overpower a dish. Just a few drops will enhance the food with some really wonderful aromas and tastes. 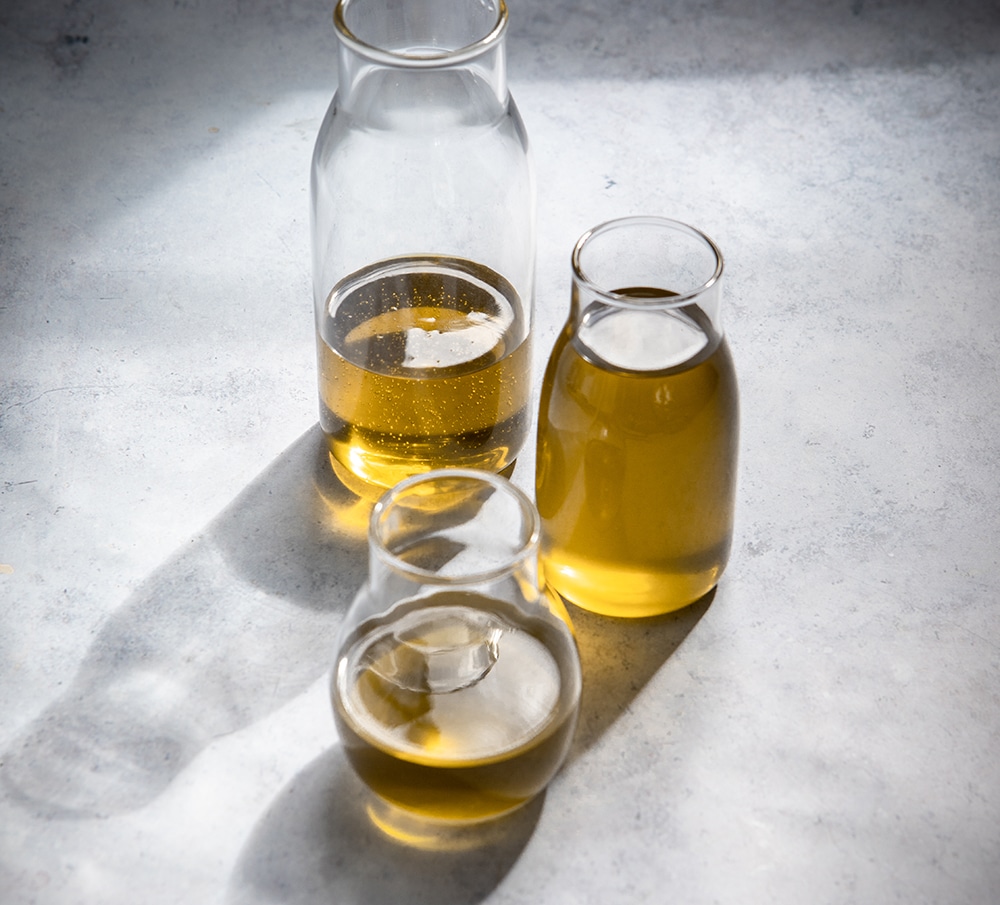 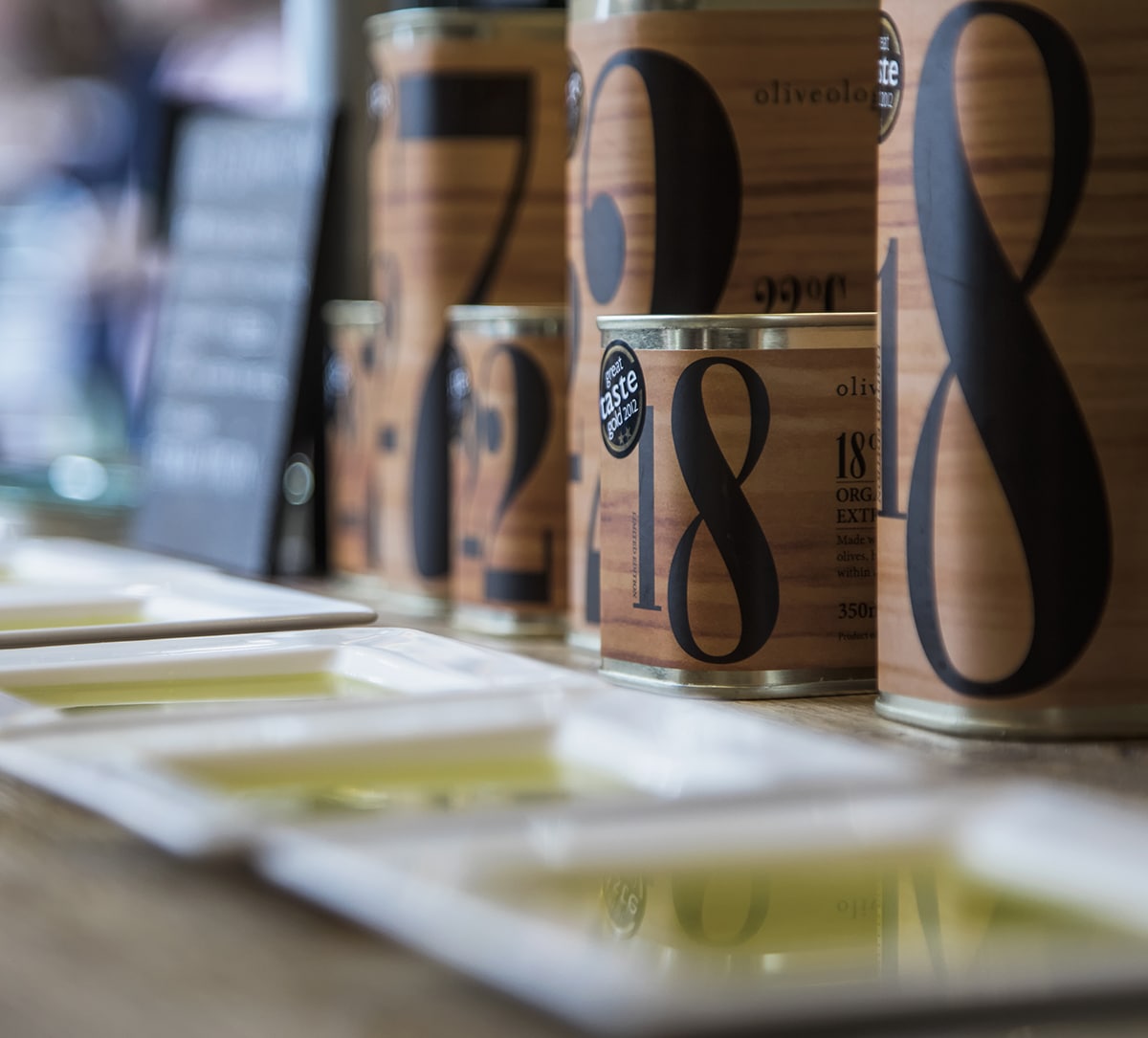 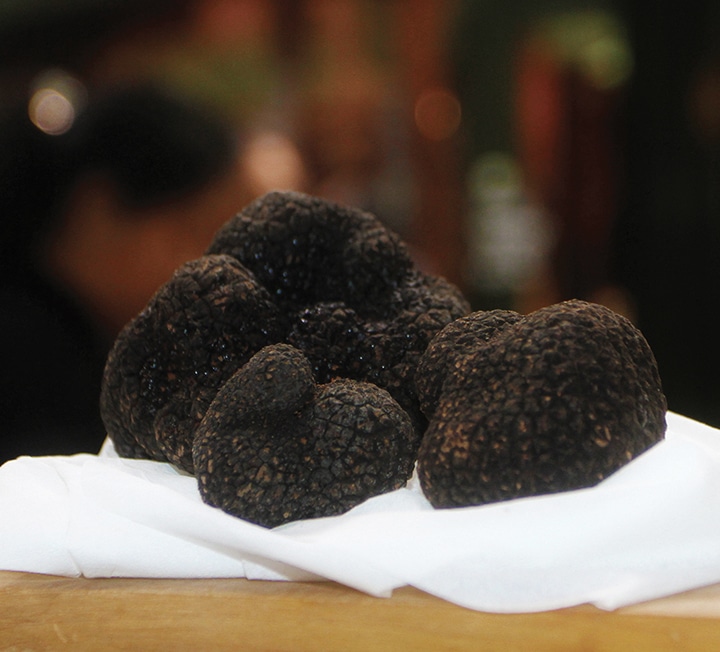