“So, what I really need to know is what Jamie Oliver is doing for Christmas,” muses Kath Dawson, as we jangle down the rutted farm track in her 4×4. To our right, trees heave under the weight of Discovery apples, the fruit washed to a gleam by a heavy downpour; to our left crouch hundreds of savoy cabbages, their green, leathery leaves just slightly unfurled. Jamie’s Christmas vegetable side dishes will, Kath explains, help to dictate December sales across the food industry. The same still goes for Delia, the impact of whose parmesan parsnips remain legendary. Yet while supermarkets can stock up overnight when confronted by a TV-induced run on parsnips, the nature of Ted’s Veg – the Borough Market greengrocer devoted to selling the produce grown by Kath and her husband Ted on this Lincolnshire farm – means the stall’s entire Christmas stock will be determined by the seeds sown here and now, regardless of what ends up being all over the food magazines come the winter.

Getting the yield right requires a significant element of guesswork and a big portion of luck. “One year, Jamie did carrots and thyme as a side dish, and the amount of thyme we sold! We couldn’t keep up,” Kath recalls, laughing. They’re supposed to be planting on the day we visit – a wet, wet, wet Wednesday in August – but with several inches of rain falling within a couple of hours, they’ve had to abandon ship. They are, Kath says proudly, some of the very few farmers in the area who continue to plant “the traditional way: by hand”, and they are very much at the mercy of the elements.

The harvesting for tomorrow’s market trading began before most of us were even awake. “We used to start at 4am – now we start about 6am, and finish by lunchtime. The idea behind that is to minimise the ground heat in the veg, so it stays fresher for longer.” Pick veg once the sun is up, and even with the heavily pregnant clouds that are hanging over us now it will be 25-26C by the time it comes out of the soil. “They’ll put that calabrese in the cold store now, to bring the field heat down, then pack in poly boxes with ice to take it to Borough.” I look around, mystified. What’s calabrese? “Oh, broccoli to you,” says Kath. “It was calabrese when we first started growing it in this country, then someone decided to change the name.”

Broccoli was brought to Britain in the 18th century, and for a long time has been considered a summer crop, but with the climate changing over the last century, says Kath, the traditional vegetable seasons have started to blur. “We can still harvest broccoli in December, depending on the severity of the winter,” she continues. A deep frost will see them off, but frosts these days tend not to arrive until January or February – if they come at all. This might mean longer broccoli seasons – indeed, longer seasons for all fruit and veg – but for farming generally it is not a positive development. “The soil needs a good frost to kill all the bugs in it. It’s the same with apple trees: if they can fall dormant for three months, when temperatures are low, the apple crop will be fantastic” – yet the last time this happened was seven years ago. “Now they sit there and think, oh, we’re going to settle down to a sleep – ohhh wait, no, maybe it’s time to wake up again!’ And they start coming into bud. Then in February you get a hellish frost – and that’s it, you’ve lost much of your crop.” Big and beautiful as Kath’s crop of aubergines and romanesco cauliflowers may be, the price we pay for being able to easily grow these historically warm-weather vegetables is a high one.

Increasingly heavy downpours are another menace, as are the pests that thrive in warm winters. But the threats that come from climate change are not the first challenges that Kath and Ted, both from big farming families, have been forced to face, not by any means. Only 20 years ago, they thought their farming days were over. “We were supplying the supermarkets, and they just wanted more and more profit. They wanted us to spray every week, but they squeezed us on price too. Spraying costs £15,000-20,000 a year plus, because you have to have a certificate or pay someone who’s certified – but when we had a huge plague of blackfly, those who sprayed lost as much as everyone else.” They limped on, but eventually when the farming group they were in struggled to fulfil its contract “it went by the wayside, and the company went bust. My dad and uncle had to sell up, but we had a family to feed,” she continues. For her children’s sake if not their own, Kath and Ted had to carry on.

The first thing they did was stop spraying. Kath’s parents had ceased using chemical sprays 40 years ago, so Kath knew from experience that shunning insecticides and instead relying on natural predators like ladybirds was a viable alternative. Then they looked into farmers’ markets. “We did one – and lost a lot, more than we could afford to lose,” Kath grimaces. “Then we did one more, and it panned out, so we did another.” It took a while for them to get into Borough Market. “We went every week until they relented and gave us a post,” she laughs. Now their business comprises their Borough Market hub, a shop in Stratford and some weekly farmers’ markets.

It’s quite the turnaround, and one that would not have been possible without hard work on their part and on the part of their parents, who still live in the area and can help with childcare. A quick pit-stop to escape the rain finds us huddled in Ted’s mum’s kitchen: a large, warmly lit, wooden tabled affair, complete with sturdy mugs of tea and a deceptively fluffy, tickle-its-tummy-at-your-peril black and white cat.

“Audrey’s lived here since 1970. Ted and I live here when we’re not in London.” The demands of the wholesale side of the Borough Market business require Kath and Ted to stay in a flat in Borough most nights. “We get most Thursdays here in Boston. Sophie looks after the stall – she’s my right-hand woman,” says Kath of her daughter, fondly. Her son Callum also works in the business, mostly on the farm side: it’s he who has stuck the go-faster stripes on the side of Kath’s four-wheel-drive, and left the chocolate wrappers in the back. Ted’s Veg is a family business, through and through: one that can be traced back to 1580, “when my great-great-great-however-many-greats grandfather came down from Yorkshire to farm here,” Kath says. Her grandfather bought a small farm for each of his six children (“In those days a farm could be 20 acres and you’d make money off it”) and when Kath married Ted, part of another farming dynasty, the two families together became the biggest growers in the area.

“That was before farming hit the fan,” Kath says. As supermarkets took hold of the retail environment, life as a farmer became increasingly difficult. “It’s them squeezing the prices. Food used to account for 50 per cent of people’s income. Now it’s under 10 per cent, even though costs are greater and it’s a commodity we all need.” Cheap food encourages rampant profligacy. Food waste is now a national scandal, with £470-worth of perfectly edible food binned annually per household. That’s the produce that even makes it that far: driving past neighbouring farms, Kath points out overgrown leeks, and yellowing heads of purple sprouting broccoli. “It grieves me to see it. I want to be in there cutting. The farmer has waited too long to harvest because they – the supermarkets – like a long stem and a little flowery head on it. Sometimes they even break the tops off and leave the rest discarded in the field.”

“I find it so disappointing to see so much go to waste!” she exclaims angrily. This frustration inspired her to support Plan Zheroes: a charity that collects “edible, but not-sellable” food and uses it to feed those most in need. “In the past I’d have eaten it myself, or given it to the sheep or pig man if I couldn’t sell it. Now I’ll give Plan Zheroes a heads up and tell them what will last a few days, and what needs eating quickly. If you have the right things in the cupboard – herbs, spices – you can always make something out of nothing.” Kath’s enthusiasm for reducing waste helped to drive the burgeoning relationship between Borough Market and Plan Zheroes, with dozens of her fellow traders signing up to contribute over the past three years.

Even though her surplus can now find a good home, Kath makes it her business to ensure as little as possible is wasted, relishing those customers who care more for the quality of their fruit and vegetables than their looks. “The people at our stall aren’t picky, thank goodness. They go for taste every time. Some things can look weird or ugly, and taste fantastic,” she continues laughing, citing a recent example: “a cucumber which I could put round my wrist like a bangle – it had got caught in its leaves and string and wrapped around itself somehow, but it tasted brilliant.” One of the many things she doesn’t miss about selling to large retailers is their strict guidelines on the appearance of produce, and their insistence of having all things at all time. “Everything has to be perfect. Everything has to be available. If you can’t get iceberg lettuce in January, buy something else – something British!” she fumes. When she thinks of the fuss kicked up earlier this year during the ‘lettuce crisis’, when southern European supplies of lettuce and courgettes plummeted, she doesn’t know whether to cry or laugh.

We finish our tour at a field of rainbow chard, its dazzling red and yellow tones luminous against the grey sky, just like its namesake. “Before we started growing it, I’d never even heard of it – but it has been amazing,” she says. Ted’s Veg first introduced it as part of a pick’n’mix leaf selection, along with rocket and spinach. “We said it was an alternative to Woolie’s pick’n’mix” she grins, “and we actually sold loads of it.” Now her customers are deeply familiar with chard – as is she, having watched the London food scene develop over 25 years. “Since being in London we have learnt to cook a lot of things differently to what we were used to growing up. You’d never have thought of roasting a beetroot, or grating it. You had it boiled and in vinegar and that was it.” Kath laughs as she recalls the deep suspicion with which her mother-in-law met her first dish of roasted beetroot, though it doesn’t surprise me. My Lincolnshire-born, farm-bred grandmother still likes her beetroot swimming in a pungent pool of malt vinegar.

It has stopped raining. The sodden leaves shake themselves in the wind. This afternoon Kath will inspect her crops. “It’s more or less in my head what needs picking or planting, though every now and then I’ll have a tramp through the fields, see what’s what. You’re in the lap of the gods though, really.” And if not the gods, then certainly the weather, ladybirds, Delia and Jamie. 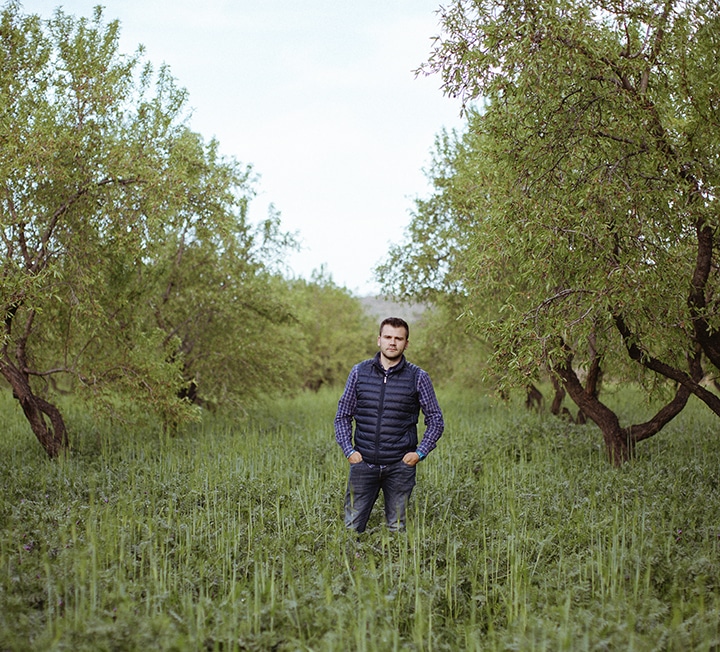 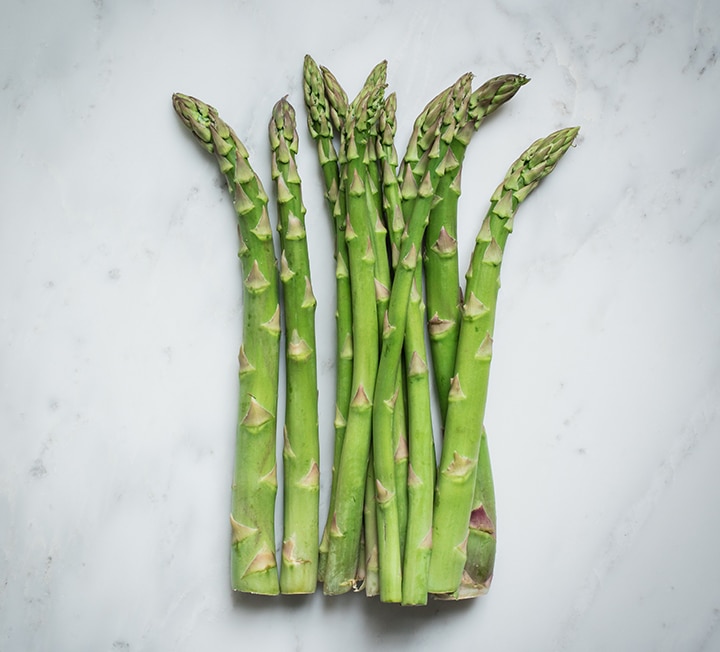 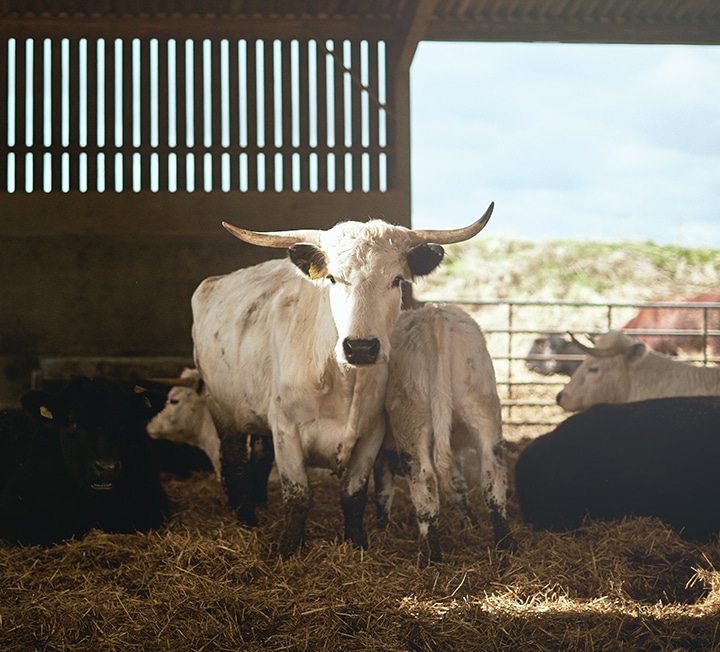