“THE EXPERIENCE OF HOLDING THE RADIANT, BEAUTIFUL, HEAVY HEART OF A JUST-SHOT DEER REMAINS VIVID IN MY MEMORY”

There are five organs that are essential for survival: brain, heart, kidneys, liver and lungs. It’s ironic, then, that these vital items are often considered the waste parts of an animal. The bits you neither want to cook, or eat. The offal. That’s such a shame, isn’t it?

In this new six-part series, I’m going to work my way through not only the vital organs, but the other bits of trim and pluck that are all too easy to turn away from. There’ll be choice facts, tasting notes, hints and tips and of course a recipe each time. As someone who’s cooked and eaten everything at least once already, but often not much more than that, there’ll be an honesty too – if the offal is difficult to cook or stomach, I’ll say that.

I once spent a day with a gamekeeper mid deer cull. The experience of holding the radiant, beautiful and remarkably heavy heart of a just-shot sika deer remains vivid in my memory. It was a humbling moment, to say the least. Could there be anything of greater value than a still warm heart?

And yet hearts are one of the most economical pieces of meat you could hope to buy. Just three or four quids’ worth of beef heart could easily feed a family of four.

Hearts are an excellent starting point if you want to get into offal. Once prepared, they look nothing like the original organ (well, the larger ones don’t) and, generally, the taste of an animal’s heart is akin to a mild version of the same animal’s prime meat, with just a hint of iron. It’s really quite a subtle ‘offaliness’, certainly relative to something like liver.

I’m afraid these tasting notes can’t be repeated when it comes to kidneys. In my view, the existence of kidney in childhood memories of steak and kidney pie is almost certainly why many people turn their nose up at offal. Those heavy ferrous notes in tough, overcooked nuggets of kidney were pretty off putting. Worse still, the bits of kidney often tasted of more than just iron – because of the work the organ did while its donor was alive, the chance of acrid, pungent, ever so slightly urine-like taste of poorly prepared kidneys is high.

But that point about being ‘poorly prepared’ is key. For in my opinion kidneys can be a real treat. A little challenging, yes, but silky and rewarding too.

Think of the amount of work a heart gets through in its lifetime. This makes for a tough muscle – the now well-rehearsed cooking method for which is low and slow.

Indeed, many classic recipes call for a gentle braise, a few hours below 140C, during which the lean but tough fibres of a heart break down and soften. Alternatively, large cow and ox hearts might be chunked up and simmered in a stew until tender.

I’ll draw your attention to a few offal loving-chefs over the course of this series – Anissa Helou, Jennifer McLagan and Fergus Henderson will probably all feature more than once – and it’s to Henderson I’ll turn for a good example of a low and slow recipe: his stuffed lamb hearts in offal bible Nose to Tail Eating involves a filling of sage-flavoured bread, fat rashers of bacon round the outside, and then a gentle cook for two to three hours.

However, hearts behave in a similar way to squid and cuttlefish in that, yes, you can cook them slowly until tender. But you can also try cooking heart hard and fast. In fact, this is my preferred style of cooking and eating animal hearts.

If they’re on a menu, I can never resist ordering duck or chicken hearts skewered and cooked over charcoal, or flashed in clarified butter on a white hot pan so they’re brown and charred on the outside, but blushing pink within. They’ll often be served on a sweet root vegetable purée – jerusalem artichoke or parsnip, for example. Heaven.

Larger lamb, calf, deer, beef or ox hearts need to be sliced thinly to enjoy the same style of cooking. They’re trimmed of hard fat and sinew, then fairly easily cut open so that they sit flat on a board. Cut into 3-5 segments, they look pretty much like rump steaks already. But if more than 1cm thick, it’s best they’re sliced in half depth-wise, so that a 30-60 second sear on each side is all that is required. It’s very similar to eating a steak.

Kidneys should be cooked quickly as well. While they’ve traditionally been used in pies and suet puddings, a long cooking process doesn’t suit this type of offal at all – it becomes tough, leathery and overpowering. By contrast, a few minutes in a frying pan or wok works a treat. The kidneys are just pink inside, delicate, flavourful and soft.

They need to be fresh, mind. You simply push any bits of fat from the kidney, cut away an obvious, stringy bit of sinew, then fry in clarified butter.

The best kidney I ever ate was one I’d removed from a lamb carcass about three minutes beforehand. It was light and lamby in flavour, smooth in texture and utterly delicious. A sprinkle of sea salt and pepper was enough on that occasion. But normally, kidneys like a little heat. In Britain we’re used to devilled kidneys on toast – cayenne pepper, cream, perhaps a bit of paprika too. It’s an absolutely brilliant dish. Further afield, there are similar principles at work with Sichuan spiced kidneys – tingly Sichuan pepper, a splash of wine vinegar, and a very hot wok.

Lamb’s kidneys are best, I think. But keep your eyes peeled for pig and goat kidneys too – both delicious.

I wandered round the Market keeping my eyes peeled for both kidneys and hearts, ready to plump for whichever took my imagination.

Ginger Pig had a whole box of lamb’s kidneys, which was tempting, and I contemplated going round each of the butchers asking to collect any or all of their duck or chicken hearts. However, when asking about cow, ox and lamb hearts, it seemed as if I was going to draw a blank.

However, when walking past the Wild Beef stand I noticed first a tongue (this drew my attention), and then two portions of heart. I was in luck, so bought it straight away – half a beef heart (500g) for just £3.

A heart looks fairly impenetrable to begin with, but a minute or two of trimming and slicing transformed the organ into two large steaks: one about 2cm thick, the second 1cm.

I cut the thicker piece to the same depth and cut a little piece off to test, as if it were a steak. One minute on either side in foaming butter, plus three minutes resting worked a treat. It had a light beefy flavour and a hint of iron – some roast cherry tomatoes on the side would work a treat…which made me think: roast tomatoes > smoky chillies > smoky chilli tomato salsa > beef heart tacos with smoky tomato salsa and pickled red onions.

So that’s what I did with the rest of it. I chopped the heart into 1cm dice, marinated for an hour with a pinch of dried oregano, ground cumin and olive oil, then fried the heart very hard for one minute, before assembling the tacos and eating straight away. Loved it (pun intended). 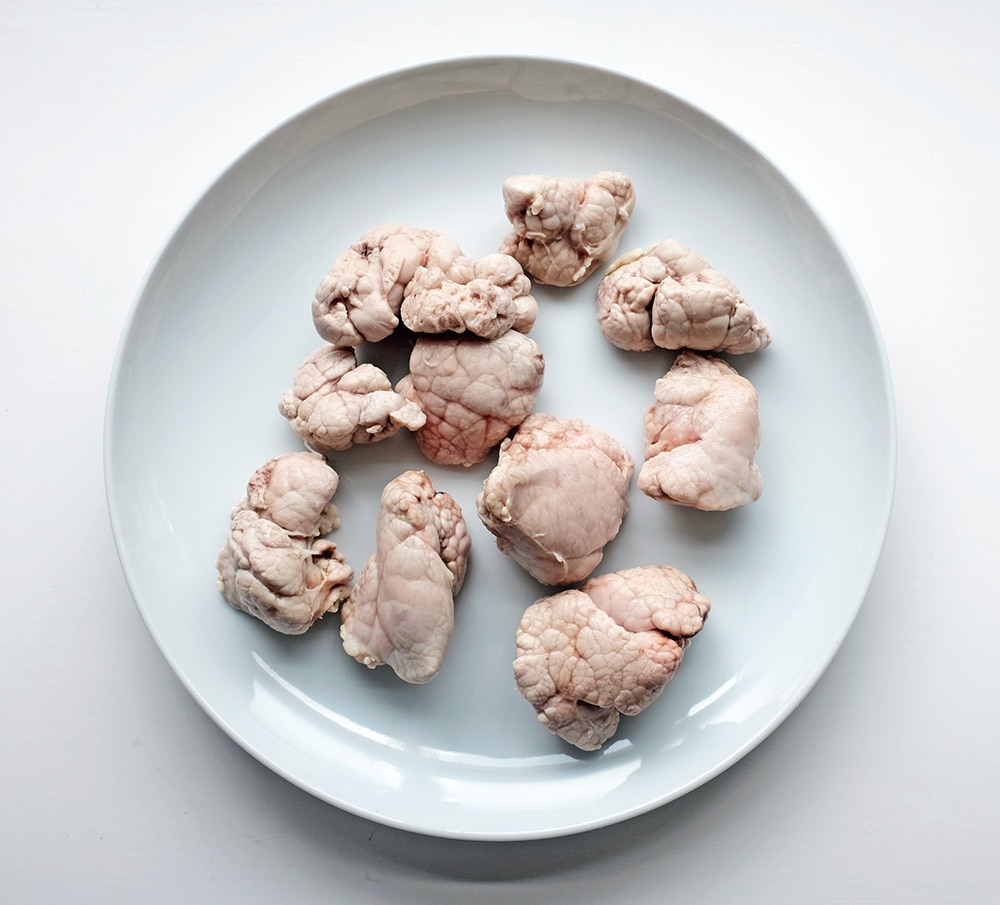 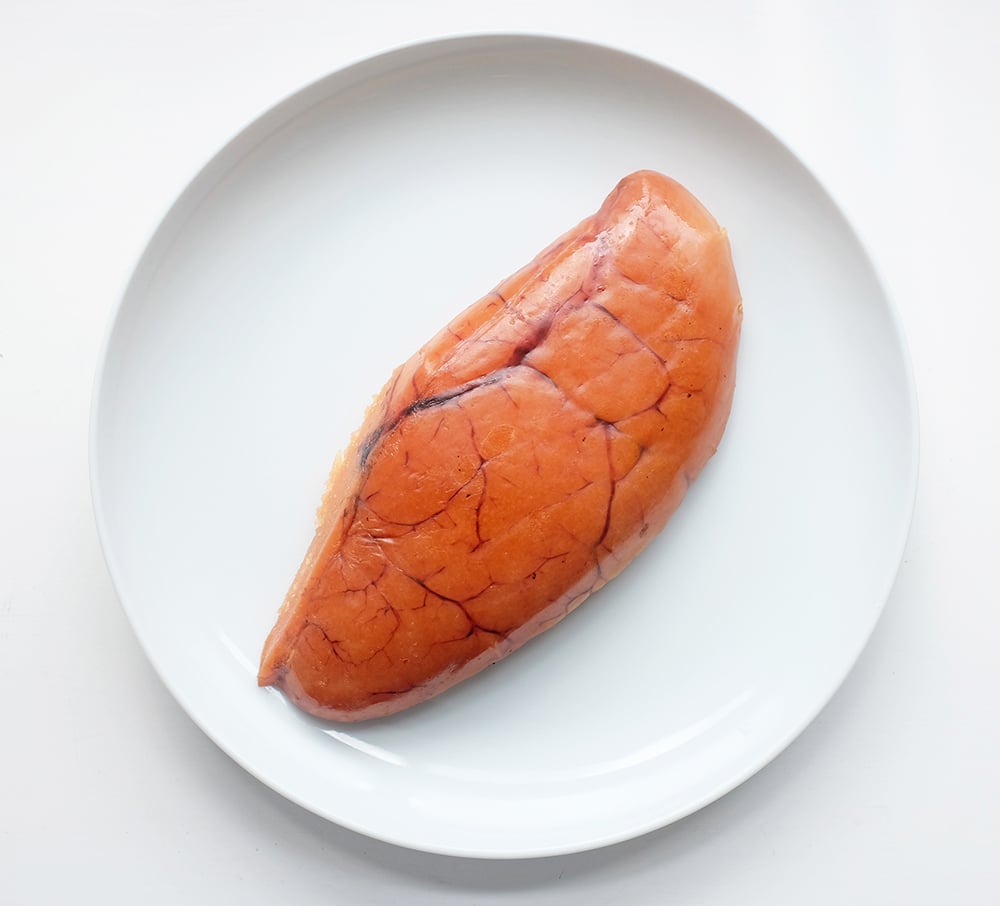 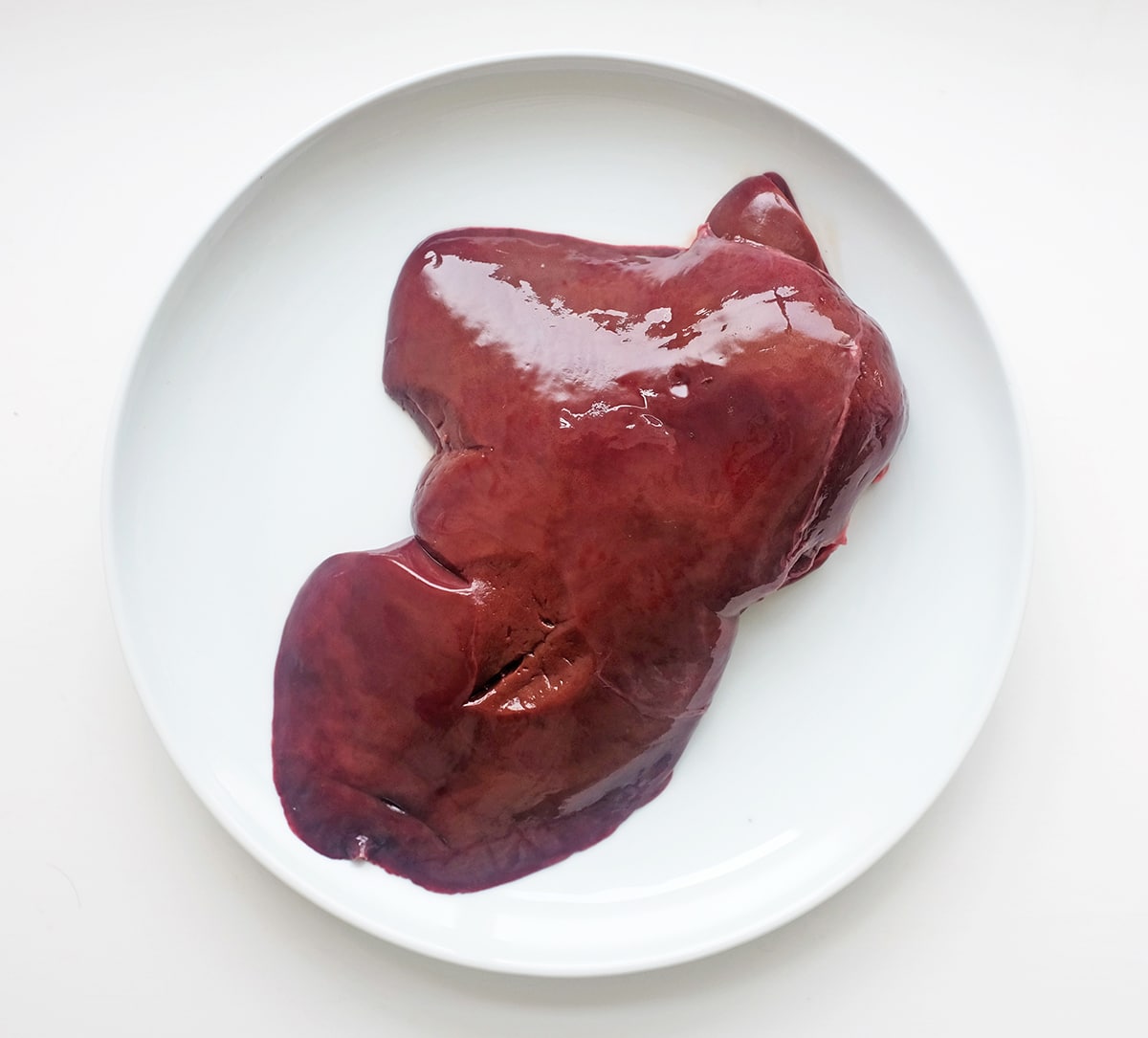