For the crumble topping

For the baked whiskey custard

For the cider candied apples

First, butter the moulds. Heat the oven to 180C and line a baking tray with parchment paper.

Rub the flour, butter and sugar to coarse crumbs. Spoon onto the tray and bake for 15 mins, until golden and crisp. When cool, crumble with your fingers to separate.

For the honeycomb, place the sugar, glucose, honey and 2 tbsp water in a pan and cook to a golden amber liquid. Add the baking soda – carefully, as it will fizz up – and pour onto the parchment paper. Allow to cool completely. Either whizz to a powder in a food processor or bash in a bag with a rolling pin.

Now make the custard. Set the oven to 150C. Boil the cream for 1 min. Add the butter, whiskey and vanilla and remove from the heat. Whisk the egg yolks with the sugar, pour over the hot cream mixture and stir. Pour into the moulds and bake for about 12-15 mins or until just set on top but still a bit wobbly. Cool and then chill. Remove from the moulds.

For the candied apples, sprinkle the sugar in a large frying pan over a high heat. Cook to a golden liquid caramel. Add the cider and cook to a thick syrup. Add the apples and cook for about 5 mins or until soft.

To assemble, place the custard on a plate, top with some of the apple and place a shard of the honeycomb on top. Serve immediately.

ALTERNATIVE: I’ve made this using calvados or pear brandy instead of the whiskey. Pear works well in place of the apple, but with perry instead of cider. Forced rhubarb, gently poached in a sugar syrup with cardamom and orange juice is also good. 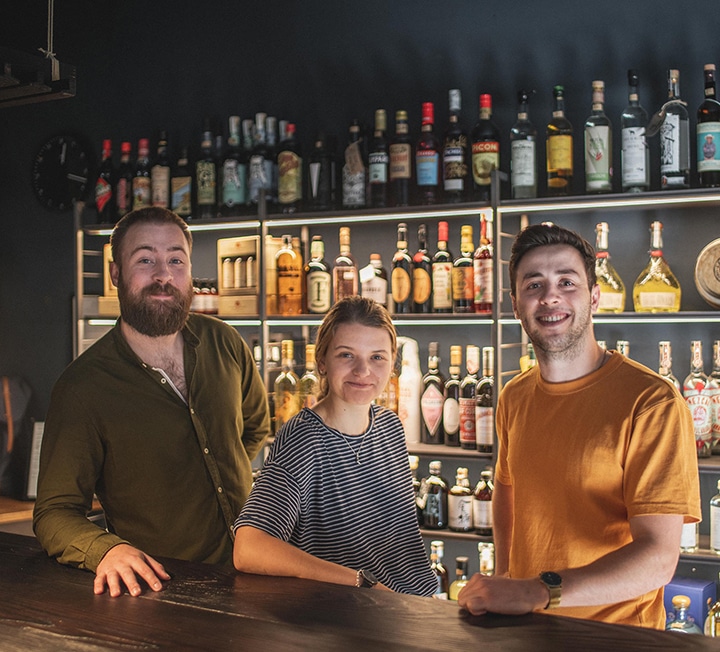 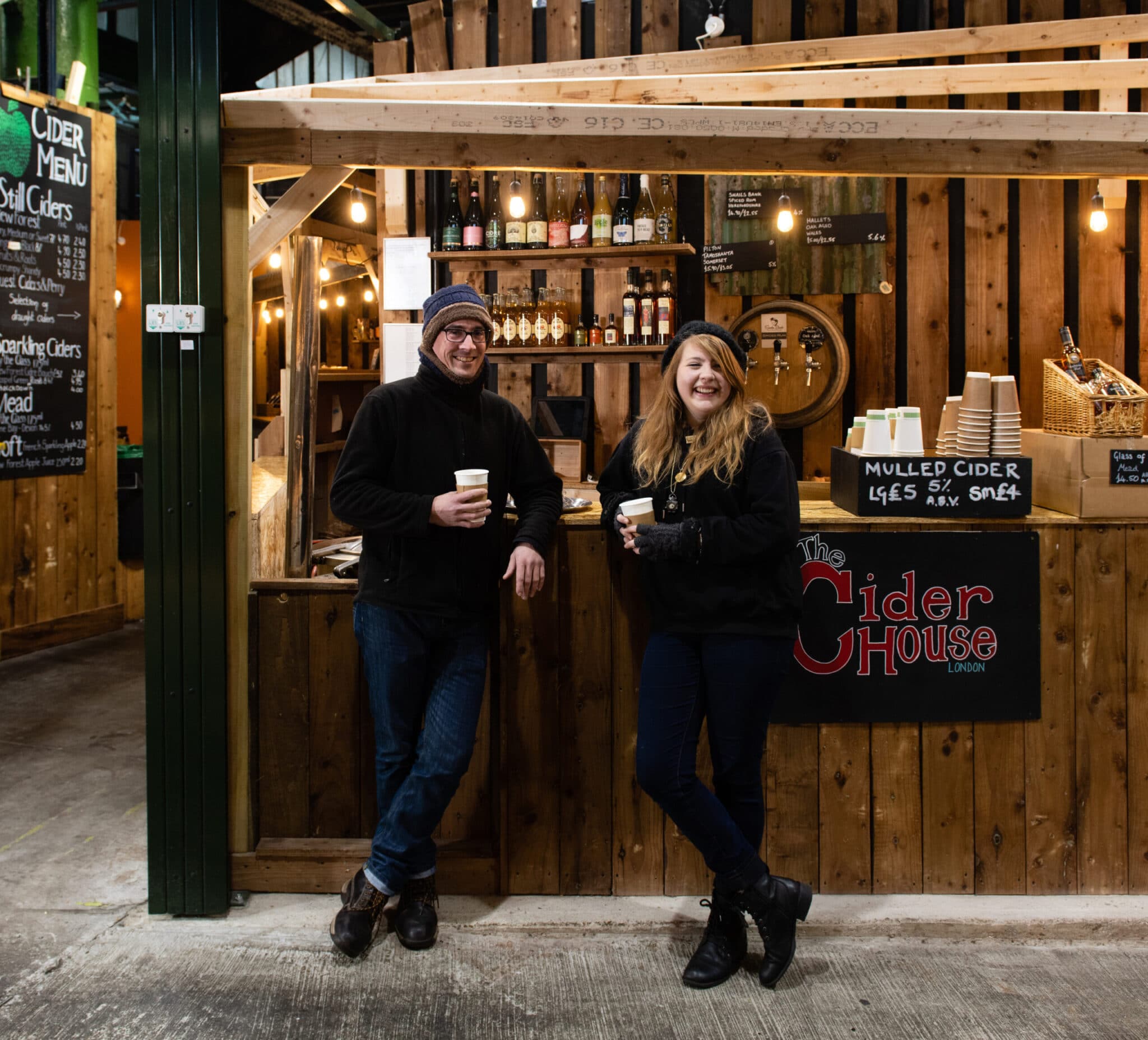 If you can’t make it to the Market, Borough Market Online offers a wide selection of our traders’ produce, delivered direct to your door. 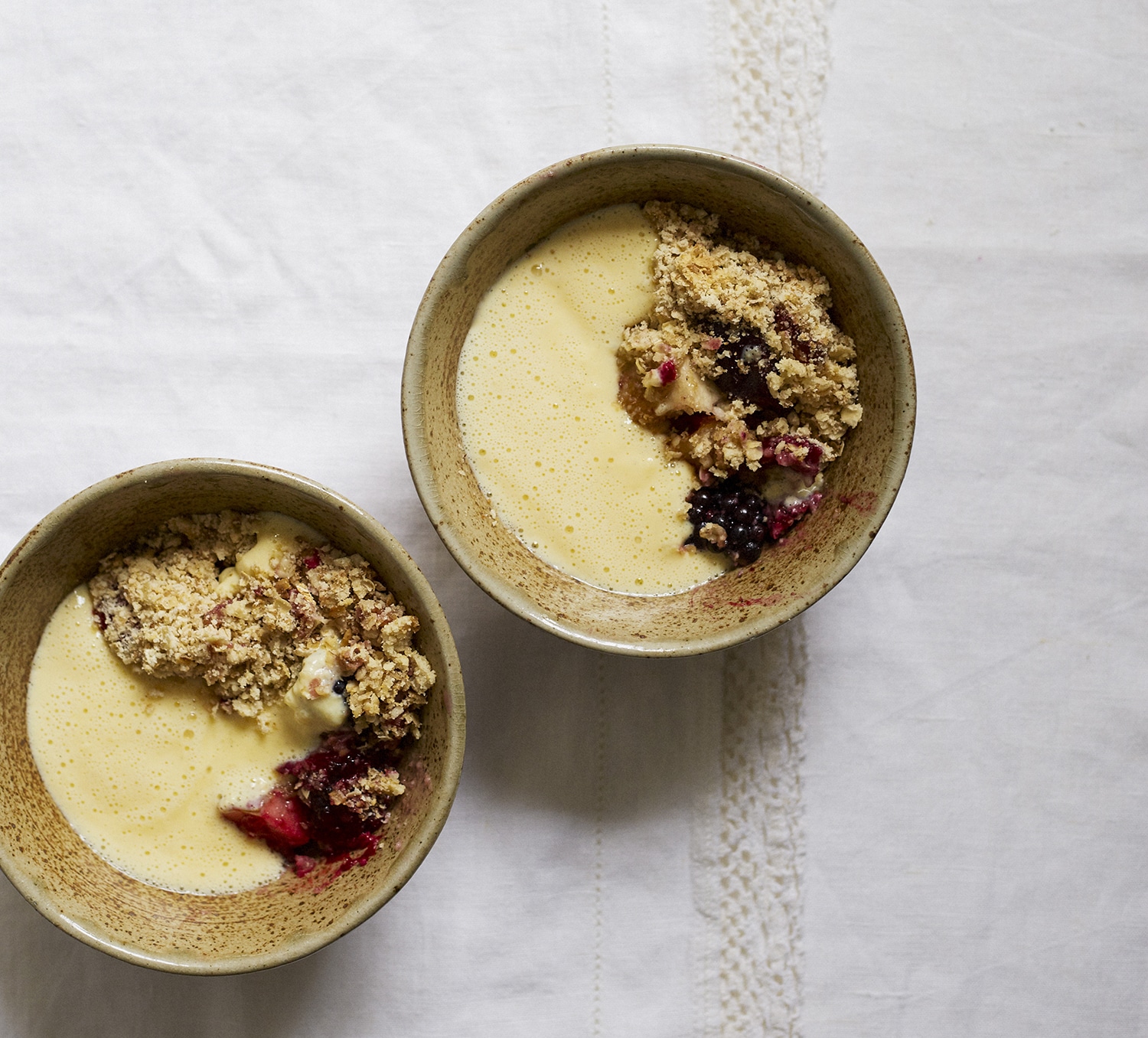 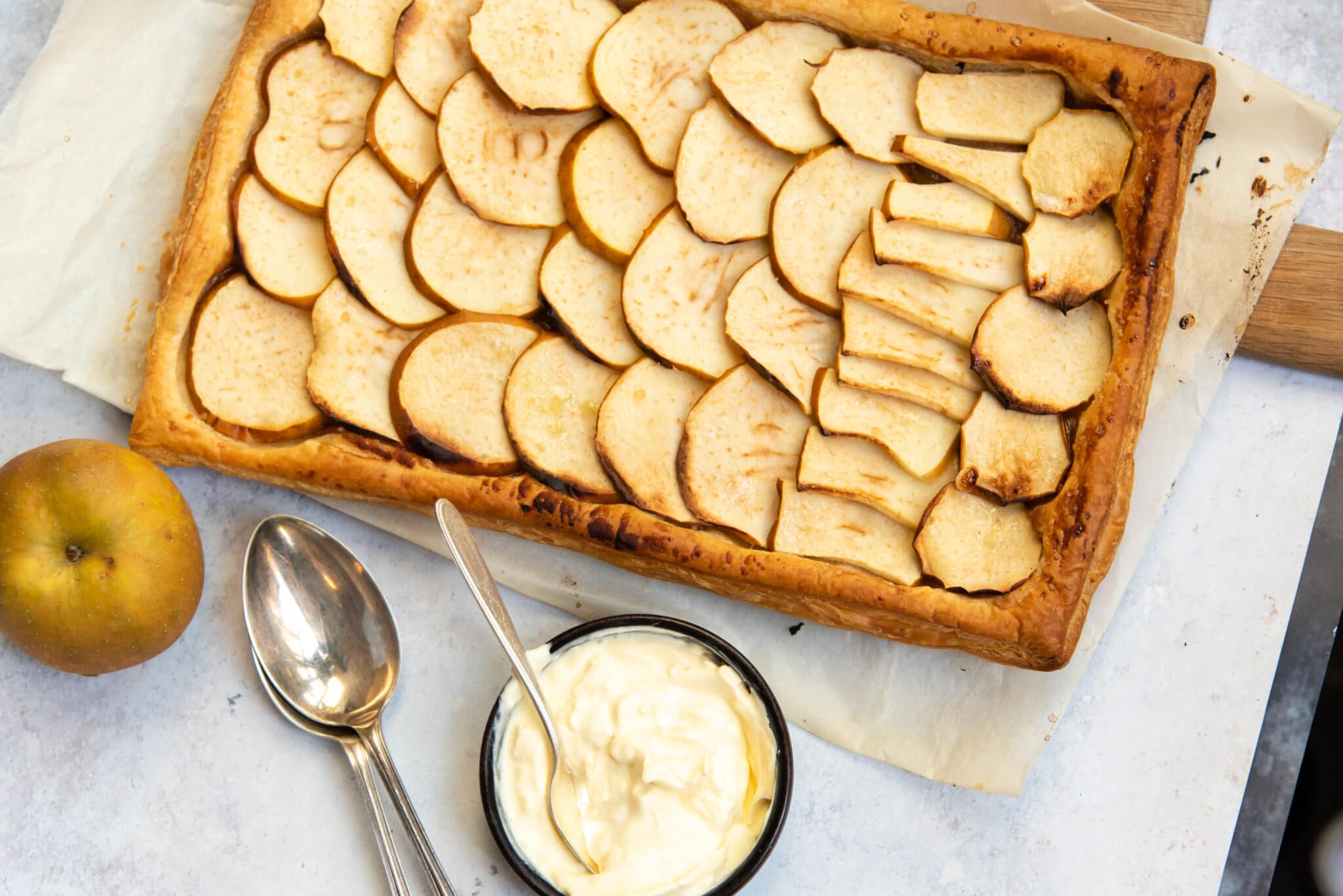 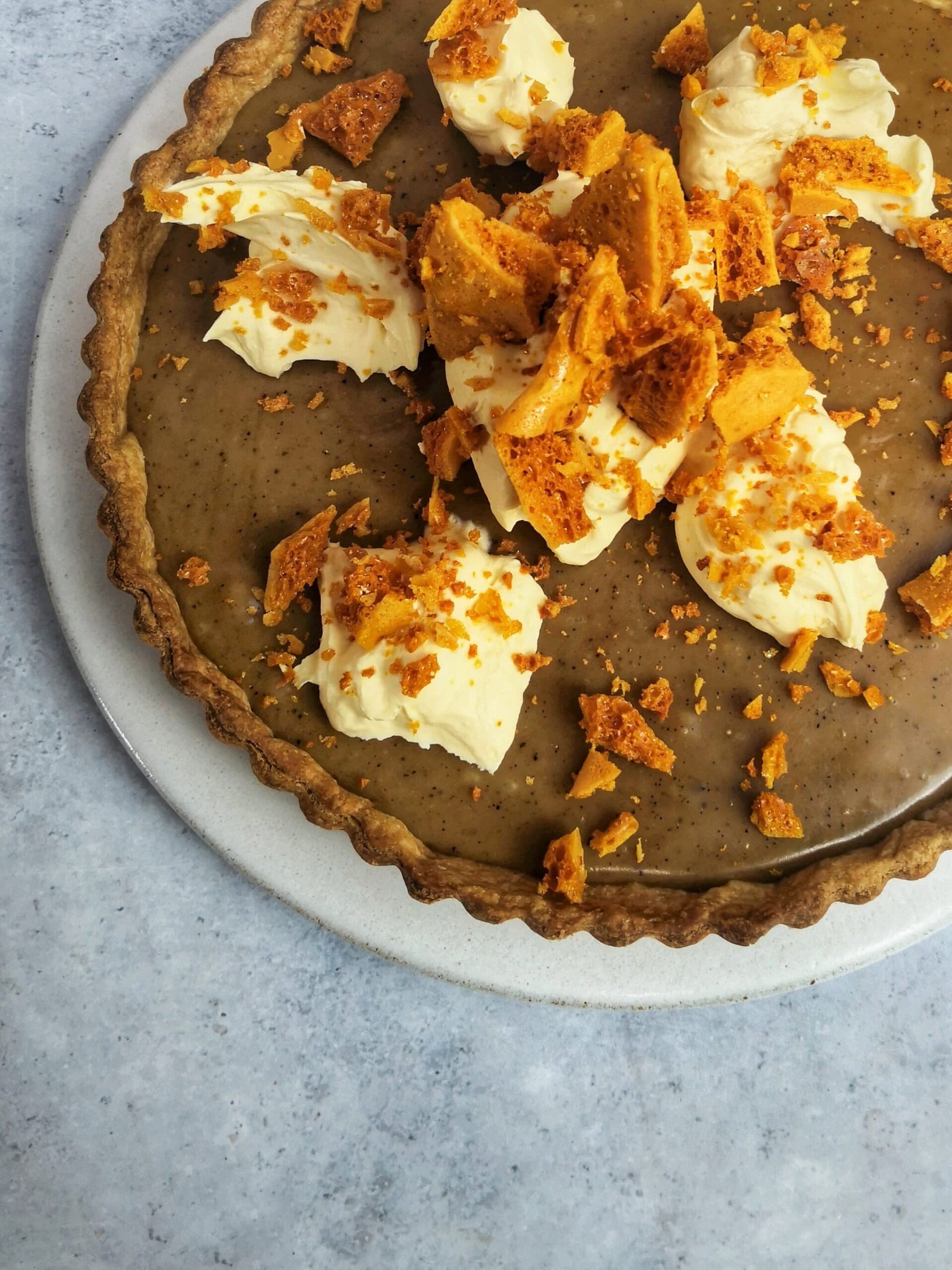