“THE FEELING OF SOMEONE HAVING MADE SOMETHING FOR YOU, THAT CONNECTION VIA FOOD – THAT IS TRULY LASTING”

It was in a group discussion with his fellow psychotherapy students that Stefan realised the full extent of bread’s power to connect people. “We’d been asked to bring in something symbolic – and I was a bit stuck, to be honest with you. But I’ve been working here for a long time, so bread is fairly meaningful to me.”

Stefan has sold bread at Borough Market for more than a decade – first at Bread Ahead, then Olivier’s Bakery, where he has been working while studying part-time at a local university. He’s loved the course – “It’s the most beautiful thing I’ve ever done” – and he’s loved seeing the theory play out in his work at the Market. “I’m not analysing people,” he laughs, “but everyone, from all walks of life, buys bread and I have a lot of rapid-fire interactions with people. I’ve become much better at reading emotions.”

The group discussion took place on an away weekend, and Stefan had taken one of those huge sourdough loaves you find at Olivier’s. With no knife readily available, Stefan had broken it into hunks and passed them around. “I actually don’t think it would have been the same had I been able to cut it into neat slices. At the end of a very long weekend of exploring our psyche it became a focal point – something really special and ritualistic.” Everyone there understood that this experience – breaking and sharing bread – was about far more than having something to eat.

Stefan’s tale got me thinking. If even the act of buying and sharing bread promoted mental wellbeing, how much more so would making it? People talk a lot about the restorative, calming nature of cooking; about the connection between the creative process and what is commonly called ‘mindfulness’. Few people can have more of an idea of this than the Borough Market producers, who spend almost every waking moment making and working with food.

When I speak to David at Brindisa, who spends hours carving beautiful jamón, he describes the entire world disappearing the moment he has his knife in his hand. “Even when it’s noisy and busy with customers, I am zoned in on the leg of ham. It is my craft, and I want to pay respect to the pig and all the other people in this process.” After all, Dave’s is the last step in the leg’s five-year journey: the iberico pig being bred in Extremadura, cured in Salamanca and transported from there to Borough Market. It takes him three hours to carve one leg, but he doesn’t notice the time. “To call it an art sounds pretentious – but it is an art and I like to do it beautifully.”

I leave him running his knife expertly along the rich, scarlet leg, and head up the road to the Kappacasein dairy in Bermondsey. “I’ve recently been reading a book about mindfulness and meditation,” says owner Bill, when I catch him at the end of a day’s cheesemaking. “It talks a lot about being present – about engaging with where you are at the moment, rather than where you want to be in the future.”

It’s an approach that proves applicable, he continues, to making his alpine-style cheeses. “I always thought a tea ceremony was about the tea. But it’s not. It’s about the simplicity of the leaves, the hot water, the stirring, the cup, the temperature – the process. And the flavour comes from that.” Similarly, Bill continues, when he makes his Bermondsey Hard Pressed or raclette, he is not really thinking about eating cheese.

“There is a repetitive element, but to imagine it’s all repetitive ignores the complexity of something multifaceted and complicated.” To work with raw milk and a native starter culture is to be constantly alive to changes in the sight, smells and textures of the junket and curds, and respond accordingly. “When the cows are in lactation, what they were eating, who did the milking, what time I picked the milk up – all those things can vary,” says Bill. “I have to have faith in my process and in nature.”

Bill is a big fan of making (and eating) food that takes time to make. “I’ve tried to do that with cheese by making my own starter, picking the milk up fresh, and ageing it for 24 months.” In our fast, busy lives, carving out space to slow down and create has become increasingly difficult – and yet it is a key aspect of being human, says Charlotte Hastings, a BACP-accredited psychotherapist who offers ‘kitchen therapy’ as part of her practice.

To pass over the process of making something to eat, via takeaways or supermarket ready-meals, is to miss out on “that beautiful and incredible human process: the alchemy of cooking, and the act of creating a meal for someone. The food will be eaten. The flavour will be over. But the feeling of someone having made something for you, that connection via food – that is lasting,” she heatedly explains. “Food is our first experience of love in the world. It is a very primal need and to be in touch with that in a multisensory way is to connect with your fellow humans and your environment.”

It’s why Matt Jones set up the Bread Ahead school. “We’re getting people back into using their hands again – using their senses,” he enthuses. “You need to smell it, see it, feel the changes in tension as the gluten transforms. It is like a sailing ship. You have to be super-aware of your surroundings, of what’s going on.” During the mixing and kneading there are constant “minute changes,” says Matt. “In temperature, in texture, in moisture. Feeling those as you knead, you feel connected to it.”

At the same time, he continues, the energy of his baking students changes as the class ensues. “For the first 20 minutes they don’t know what to expect. They’re hesitant. Then there’s this wonderful moment where they just click into it,” he smiles. “I was in the school yesterday and walked past Kevin taking a class and they were opened-mouthed, just hanging on his every word.”

Of course, no one leaves the Bread Ahead school having mastered baking. “It’s a life’s journey. You’re never going to fully conquer it.” That’s the joy of working with a live product, Matt continues. Like Bill’s cheese at Kappacasein, his bread “will always be somewhat in the lap of the gods. It’s a good foundation for real life. Like the seasons, it works at its own speed – and you can’t hurry it up,” he grins. “You have to work around it, and attend to it at certain times.”

Bake every day, as Matt does, and you’ve “a giant clock, which runs to its own time”. It provides structure: a central point around which you can plan your day’s work and activities, and some respite from them when it comes to kneading. All that before you’ve even got to the symbolism and ritual, the warm, homely smell of baking, and the crusty, squidgy, sweetly-sour taste of homemade bread.

For Matt, as for Bill, as for so many traders, the production of food is a part of their identity – a craft they have spent decades perfecting. Being part of Borough Market means being part of a community of artisans, all of whom have great respect for each other’s field.

“They are interconnected. The butcher doesn’t have to bake bread, because his neighbour does that. The baker can buy his bacon off the butcher. They can both buy cheese from the cheesemaker,” observes Charlotte. Humans are social creatures. That’s why the cult of the individual is so worrying, she continues. “Being part of an interdependent community, which exchanges information and produce and skills, is something everyone living on this planet needs.” 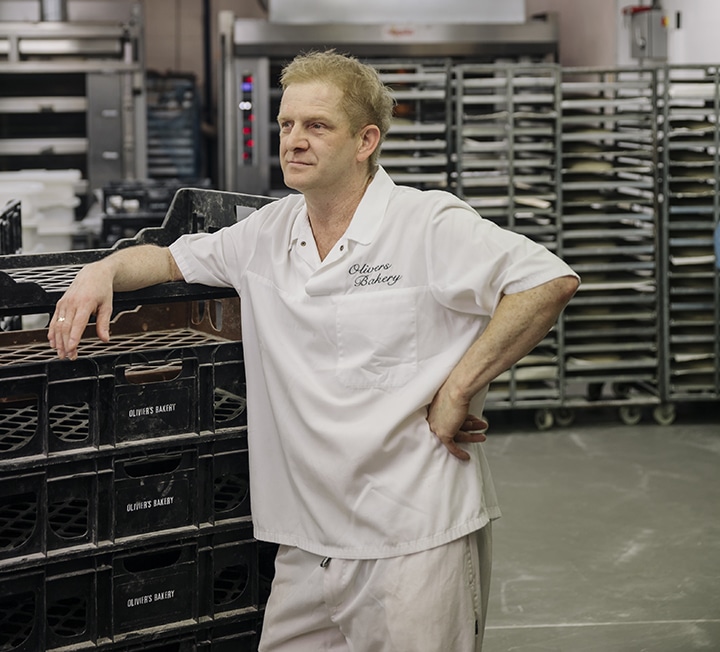 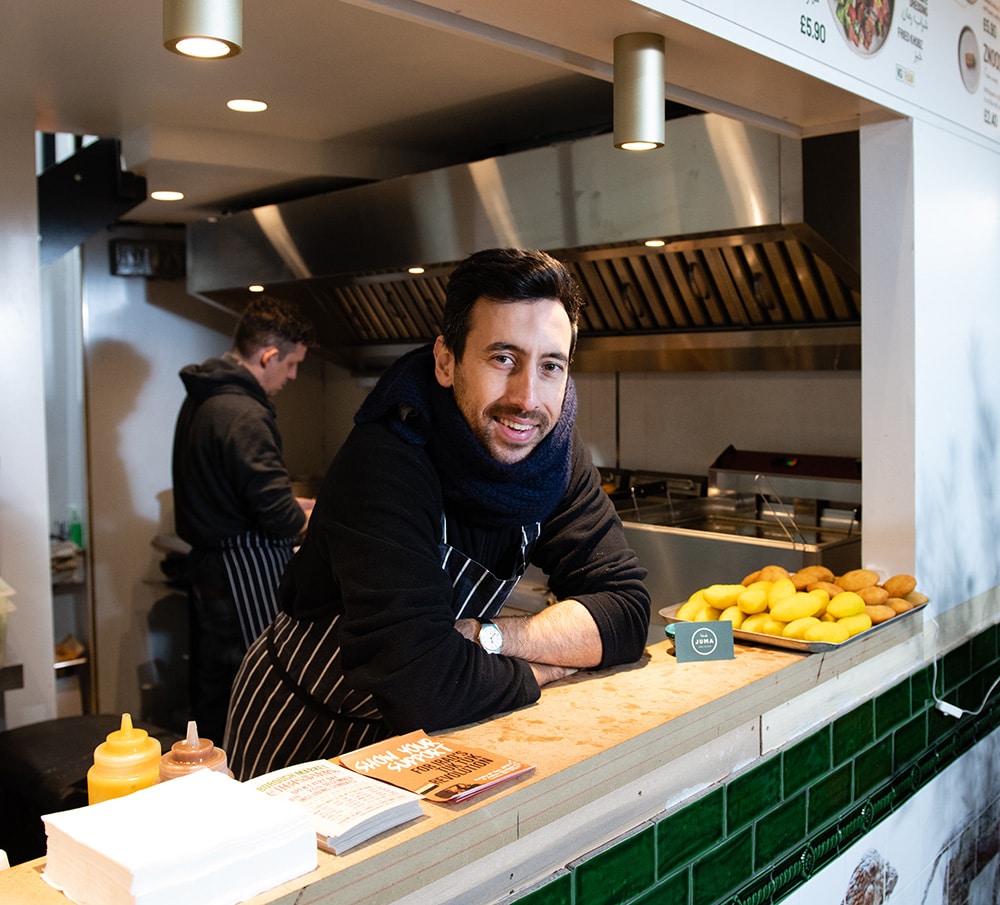 A view from the stalls: Phil Juma 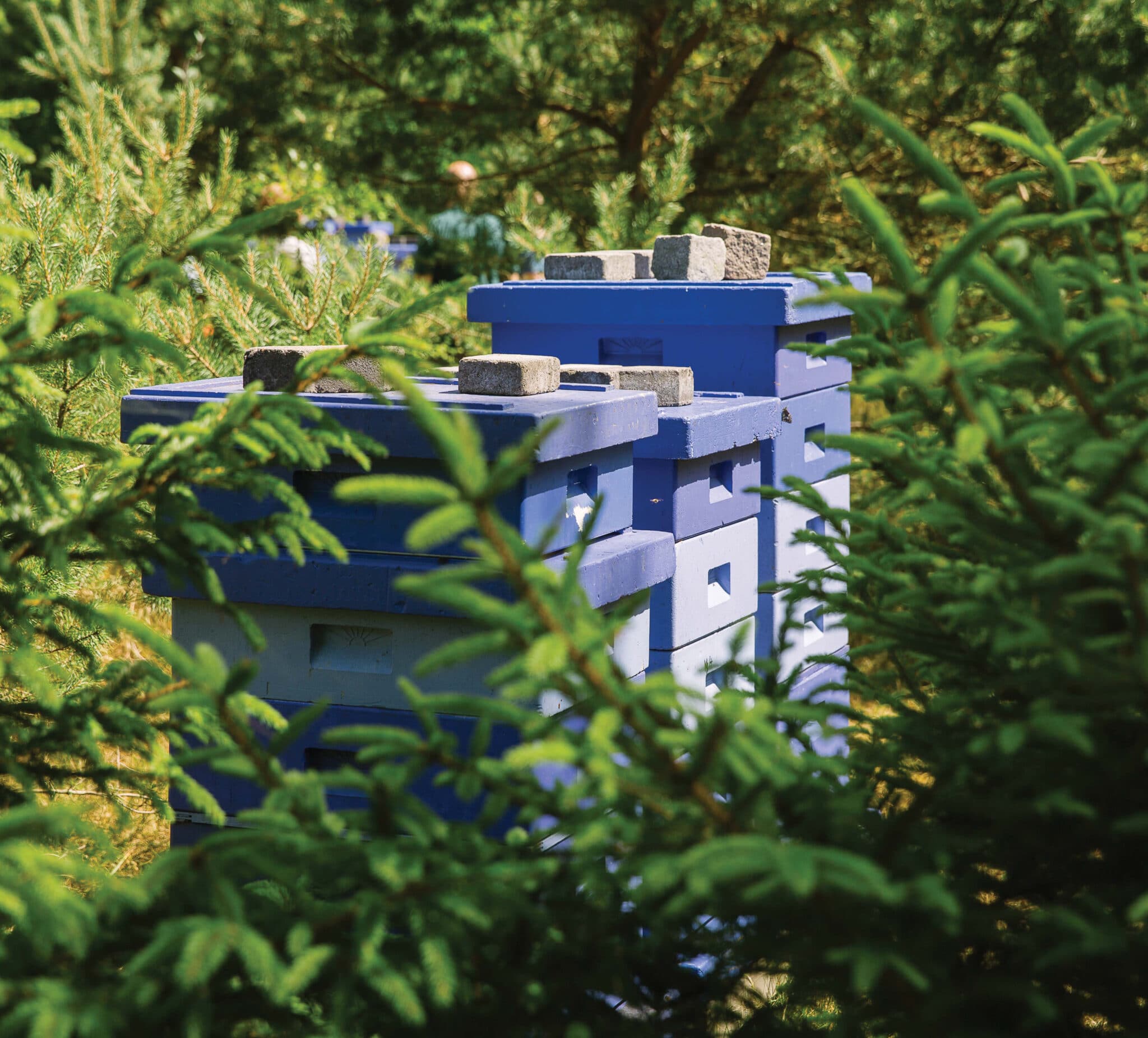